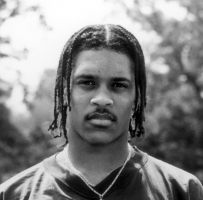 An outstanding passer and runner, Browder presented opposing defenses with myriad challeges. In his four seasons, he amassed 6,604 total yards. His 5,167 passing yards rank third on Valpo's all-time list. Browder utilized his speed to rush for 1,437 yards and he stands eighth on the school's all-time scoring list with 144 points.

After his Valpo career, Browder became a productive player in professional indoor football leagues. In 1999, he earned Gold Cup Most Valuable Player honors after leading the Green Bay Bombers to a 63-60 victory in the Arena Football League Championship game. Browder played has played in the AFL since 2000. He was a member of the Grand Rapids (Mich.) Rampage from 2000 to 2003. His tenure with Grand Rapids was highlighted by the 2001 season when the Rampage captured the AFL championship.

In 2004, Browder is slated to be the starting quarterback for the AFL's Philadelphia Soul, an expansion franchise. In the off-season, Browder helped coach football at Creston High School in Grand Rapids in 2003. He also served as a football coach at Wyoming (Mich.) Rogers High School for two years.