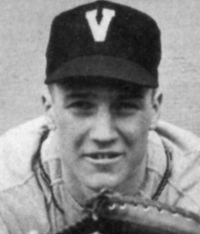 His stardom at Valpo conincided with three ICC championships under coach Emory Bauer. In 1969, Coley was selected as the ICC Most Valuable Player as the Cruasders finished 18-4, including 7-1 in the league. The year before, he earned NCAA District All-America honors as Valpo went through the ICC season undefeated (12-0) and finished 17-5 overall.

Coley was a team captain as a senior in 1970 when the Cruasders had a league-best 7-1 mark. A slick-fielding catcher, Coley holds Valpo's single season record (1969) for fielding percentage with a perfect 1.000 mark.

An accomplished student-athlete, Coley was named Valpo's Top Student-Athlete and was the recipient of the NCAA Postgraduate Scholarship in 1970. In his professional career, Coley has worked as a business development manager for 32 years. He graduated from Valpo in 1970 with a Bachelor of Science in civil engineering and earned a Master of Science in civil engineering from Purdue University in 1971.