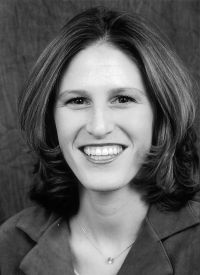 An outside hitter, Sutton is Valpo's all-time leader in hitting percentage (.270) and ranks third in kills (1,404) and fourth in attempts in three seasons after transferring from the University of Virginia. The Mid-Con Tournament Most Valuable Player in 1994, 1995 and 1996, Cheri holds the single-season school record for kills (536). She also ranks among the single-season leaders in attempts, digs and hitting percentage, and stands among Valpo's best in numerous match records.

Sutton was selected as the Mid-Con Player of the Year as a co-captain in 1996 and earned Mid-Con Newcomer of the Year honors in 1994. Cheri was also named the 1994 Popcorn Classic MVP and received all-tournament recognition at the Ohio University, St. Louis University and Crimson Tide events. A 1997 graduate of Valpo with a Bachelor of Science in business administration, Sutton has worked as a sales representative in the Chicago area.