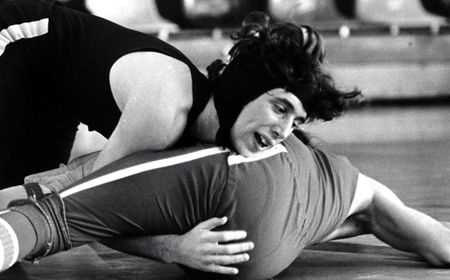 One of the most talented wrestlers ever at Valpo, Robert Thompson posted an 82-17-3 record over four seasons with the Brown and Gold, and on Saturday, he will be inducted into the Valparaiso University Athletics Hall of Fame.

Thompson competed at both the 1974 and 1975 NCAA Division II national championships.  A two-time Indiana Collegiate Conference champion in the 142-pound weight class, Thompson was a three-time team Most Valuable Wrestler.  He also won the Indiana Intercollegiate Athletic Association tournament championship three times with the Brown and Gold, earning Most Valuable Wrestler honors in 1971.

He has gone on to teach physical education at Victor High School in New York where he was the New York State Teacher of the Year in physical education in 1996.  Thompson was also the school’s head boy’s soccer coach from 1989-2000, winning eight league championships and posting a 163-45-10 overall record.  He was the New York State Section V Coach of the year in 1999 and the Finger Lakes Area Coach of the Year seven times.

The Valparaiso University Athletics Hall of Fame Induction Banquet will be held on Saturday, February 6 at 3:30 p.m. in the Ballroom at the Harre Union.  The inductees will also be recognized at halftime of both the men’s and women’s basketball games on the same day.