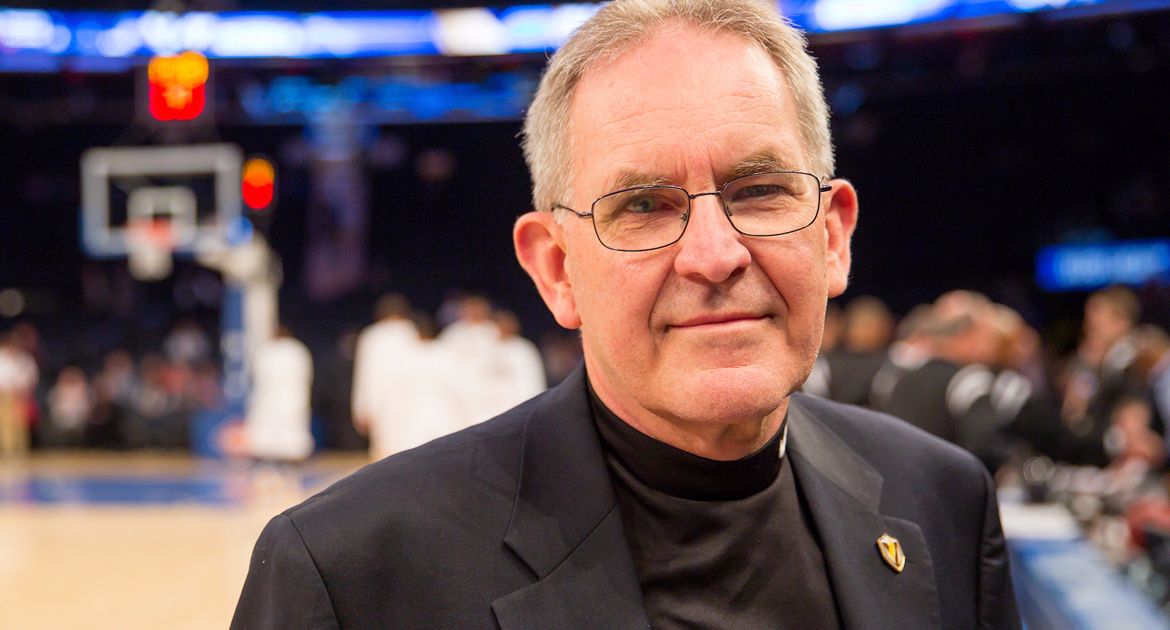 Roderick Moore ’68, ATC, LAT, will step down as the head athletic trainer for the Valparaiso University athletic department on Sept. 1 after nearly 50 years in the role.

“During my career at Valparaiso University, I have had the good fortune of working with thousands of excellent student-athletes, many of whom have become good friends of mine.” said Moore. “Valpo has allowed me to work in a wide variety of athletic training roles in the community and at the state, national and world levels. I have learned what it takes to be successful at the very highest level of competition and feel privileged that I have been able to use that knowledge here in my time at Valpo.”

Moore became the department’s head athletic trainer in 1967 while completing his undergraduate work. He has since served in this role and worked directly with all Crusaders’ athletic programs during his time at Valpo. He worked as the primary athletic trainer for the men’s basketball team throughout his 49-year tenure and worked with the football program for more than four decades — including a 33-year stretch without missing a Crusader football game.

“For more than 50 years, Rod has contributed directly to the success of thousands of Valpo student-athletes,” said Mark LaBarbera, director of athletics. “Through his long-term commitment to his alma mater, he has demonstrated all that is good and worthy in college athletics. There are no words that can adequately express the appreciation and respect owed him for all he has done and all he has meant to Valpo Athletics. It has been a privilege to have him as a colleague.”

Moore worked with the Valparaiso Community School District from 1972–1986. He has been active with the Lutheran Basketball Association of America (LBAA) since its Tournament of Champions moved to Valparaiso University in 1971, overseeing officials and athletic trainers, and has served on the LBAA Board of Directors since 1997.

Moore has received numerous accolades for his work throughout the years, earning induction into the Indiana Athletic Trainers Association Hall of Fame in 1994 and the Indiana Football Hall of Fame in 2003. In 2014, Moore was awarded the Golden Pinnacle Award by the Great Lakes Athletic Trainers Association (GLATA), the highest honor a member of GLATA can receive and an award that recognizes those members who have provided outstanding leadership to GLATA.