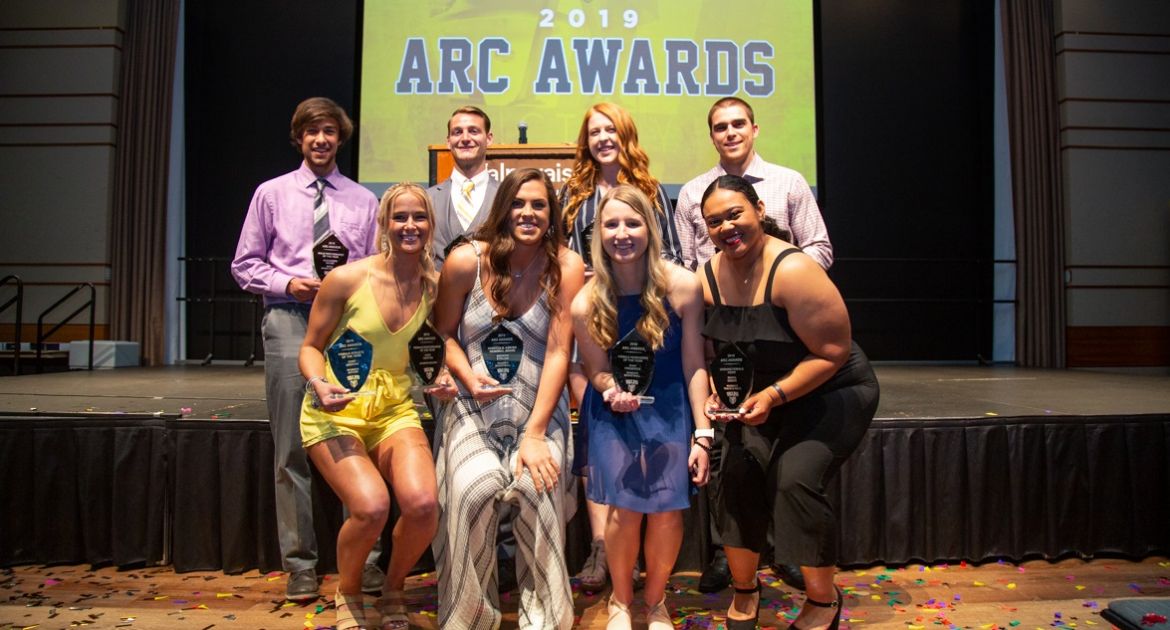 Griffith received the Female Athlete of the Year award as she earned First Team All-MVC honors for a second straight season. Griffith finished the year fourth in the MVC with eight goals scored, a mark which ranks eighth in Valpo single-season history. She closed her career Valpo’s all-time record holder in game-winning goals, and second in both goals and points.

Frederick brought home the Female Newcomer of the Year award as she was an MVC All-Freshman Team honoree. She finished the season fourth on the team in scoring and second in three-pointers and free throw percentage. Frederick ranked sixth in the conference and led all MVC freshmen in assists per game as well.

Performance of the Year honors went to Griffith on the women’s side, for her record-setting four-goal game in a victory over St. Francis (Pa.), and to men’s cross country standout Alexander Bruno (Bloomington, Ill./University), as he broke Valpo’s 8K and 10K records in his final two races of the season. The department’s Play of the Year went to Markus Golder (Portland, Ore./Clackamas [North Idaho]) for his buzzer-beating halfcourt shot in the men’s basketball win over Illinois State. This year’s awards were rounded out by the Unsung Hero Awards, presented to football’s Mike Wheeler (Fullerton, Calif./La Habra) and women’s track and field’s Maria Greer (Chicago, Ill./Williams Medical Prep).

The awards were voted on by SAAC, which has representatives from all 21 of Valparaiso’s athletic teams, and by Valpo Athletics coaches and staff members. Sunday night’s program also featured recognition of all the student-athletes who have earned athletic or academic honors this year and a number of videos throughout the show.