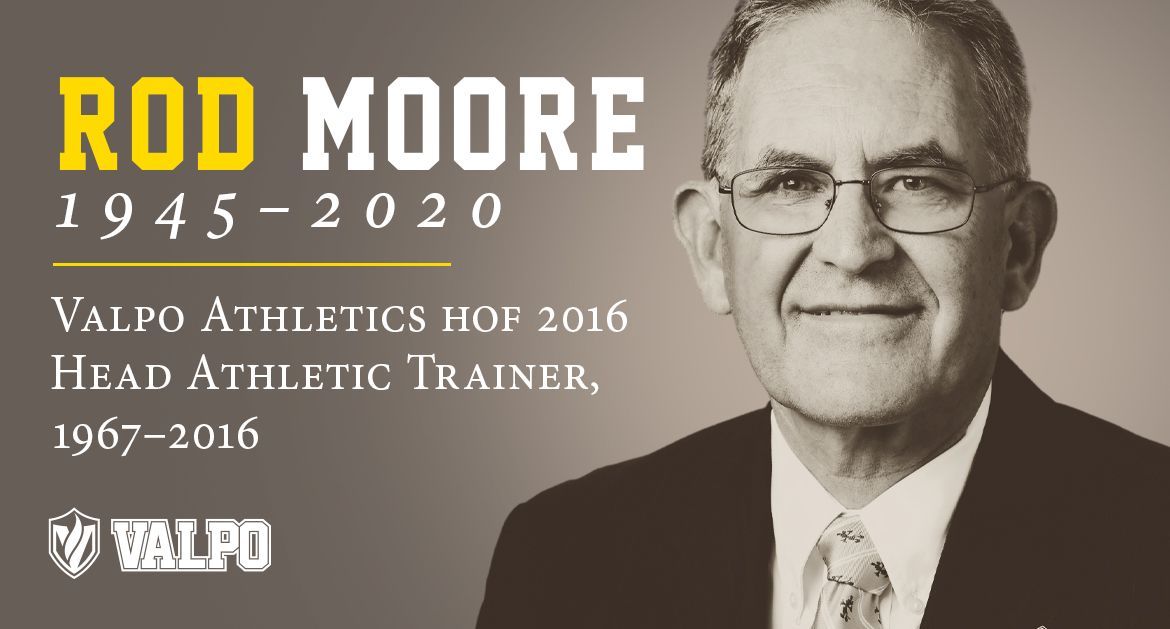 “I lift up my eyes to the hills — from where will my help come?
My help comes from the LORD, who made heaven and earth.” — Psalm 121

It saddens me to inform you that we have lost a beloved member of the Valparaiso University community, Roderick “Rod” Moore ’68, who served Valpo Athletics as head athletic trainer for nearly 50 years.

A Valpo alumnus, Rod became head athletic trainer in 1967 while completing his undergraduate studies and held the role until his retirement on Sept. 1, 2016. He was the primary athletic trainer for men’s basketball throughout his 49-year tenure and worked with the football program for more than four decades, including a 33-year stretch without missing a Valpo football game.

Rod was an active member of the Valparaiso community, serving with the Valparaiso Parks & Recreation Department and the Valparaiso Community School District. He also served on the board of directors for the Lutheran Basketball Association of America (LBAA) National Tournament, which has been held on Valpo’s campus since 1971, in addition to overseeing the tournament’s officials and athletic trainers.

We ask everyone in the Valparaiso University community to offer support to those who may need it at this time. If you wish to speak with someone, please feel free to contact staff in the Counseling Center or the Chapel of the Resurrection.

On behalf of the entire Valpo community, I extend my deepest condolences and heartfelt sympathies to Rod’s family, friends, and all those who loved him. We mourn with them during this time. I would also like to express my gratitude for the work of the Valparaiso University Police Department and the individuals who were part of the search effort after Rod was reported missing.

Please keep Rod’s family and friends in your prayers during this time of mourning.