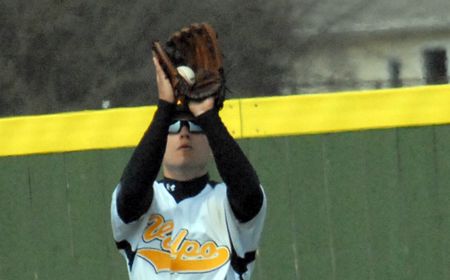 Wright State scored two batters into the game and added insurance runs in the seventh, eighth, and ninth innings on Friday afternoon to snap Valparaiso’s six-game winning streak with an 8-1 victory over the Crusaders at Emory G. Bauer Field.

R.J. Gundolff led off the game with a triple to the wall in right to lead off the game for the Raiders and scored a batter later on Jake Hibberd’s squeeze bunt to jump on top 1-0 right away.

“I thought the first play of the game set the tone for the day,” Valpo head coach Tracy Woodson said.

Wright State added to its lead in the fourth with a pair of runs.  With runners on second and third, Aaron Fields hit a sacrifice fly and Ryan Ashe added a RBI single to increase the lead to three.

Valpo got on the scoreboard in the fourth as with runners on first and third, the Raider catcher Gerald Ogrinc tried to pick Josh Wallace (Bellefountaine, Ohio/Bellefountaine H.S.) off third base but the throw sailed into left allowing Wallace to score.

The Crusaders threatened again in the fifth, loading the bases with one out, but Ryan O’Gara’s (Buffalo Grove, Ill./Buffalo Grove H.S.) line shot up the middle was snared by starting pitcher Michael Woytek, who doubled Matt Lenski (Milwaukee, Wis./Marquette University H.S.) off second base.

Valpo loaded the bases again in the ninth with no one out, but a ground ball double play and a strikeout ended the threat without the Crusaders scoring.

“We need to be more aggressive at the plate,” Woodson said.  “We take too many good pitches and fall behind in the count.”

Lenski and Steven Scoby (Delton, Mich./Kellogg H.S.) each had two of Valpo’s eight hits in the game while McGrew went 3-for-5 to pace Wright State offensively.

Valparaiso (16-16, 5-5 Horizon) and Wright State (17-20, 5-5) will wrap up their three-game series on Saturday afternoon with a doubleheader beginning at noon at Emory G. Bauer Field.  Both games will be carried live on WVUR (95.1-FM, Valparaiso) and online at www.valpoathletics.com.