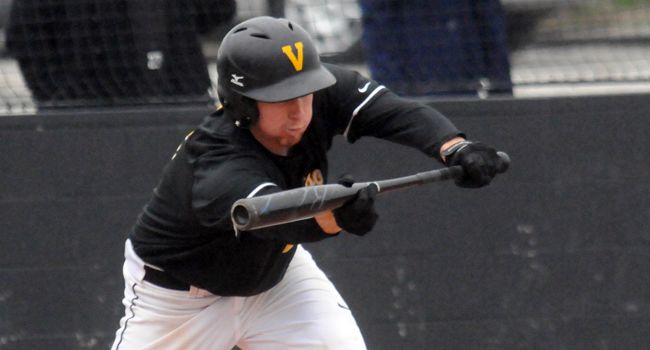 This Week in Crusader Baseball: Winners of five in a row and seven of the last eight, Valparaiso returns to the diamond for four games this week against Hoosier State foes. The Crusaders will travel to Terre Haute on Tuesday for a non-conference game against Indiana State before hosting longtime rival Butler for a three-game weekend series Friday through Sunday to open the second half of Horizon League play.

Head Coach Tracy Woodson: Tracy Woodson, the 16th head coach in Valparaiso University history, is in his sixth season at the helm of the Crusaders and has a 135-176 (.434) record both for his career as well as at Valpo.  Woodson ranks fourth in school history for career wins by a head coach.  A member of the Los Angeles Dodgers 1988 World Champion team, he has also managed in the minor leagues through the AAA level.

Series Notes: Indiana State holds a 39-30-1 all-time advantage in a series that dates back to 1947.  The Sycamores have won four straight and 11 of the last 12 between the two schools after posting a 3-2 win at Emory G. Bauer Field on April 5, 2011.  The Crusaders hold a 75-53-1 all-time edge against Butler, but the Bulldogs won two of three against Valpo earlier this year in Indianapolis.

Wrapping Up Recent Action: Valpo swept a three-game weekend series at Youngstown State Friday through Sunday, winning by scores of 7-4, 10-0, and 5-4.  The Crusaders have now won five straight games and moved into second place in the Horizon League standings at the midway point of the conference slate.

Scouting Indiana State: The Sycamores won two of three games over the weekend at Bradley and are in second place in Missouri Valley Conference play this year.  Jeremy Lucas leads the team batting .365 with eight home runs and 42 runs batted in.  As a team Indiana State is hitting .311 while the pitching staff is holding opponents to .236 and has posted a 2.96 earned run average.

Scouting Butler: The Bulldogs dropped two of three last weekend at home against UIC, and hosts Xavier on Wednesday before traveling to Valparaiso.  Pat Gelwicks leads the team with a .367 average while driving in 30 runs.  Jimmy Risi is hitting .317 with nine home runs for a team batting .283.  The pitching staff has posted a 6.47 ERA and opponents are hitting .328 against them.

Previously vs. Butler: Butler won two of three against Valpo in Indianapolis March 16-18 to open Horizon League play.  The Bulldogs won 5-4 in 10 innings in the opener, Valpo took the middle game 15-7, and Butler won the finale 13-8.  Elliott Martin batted .538 in the first series with five runs batted in for Valpo.  Kevin Wild picked up the lone win for the Crusaders, striking out six in six innings of work.

Wild Stellar Over Last Six Weeks: Right-hander Kevin Wild has been nearly unhittable over his last six starts dating back to March 10 against Campbell, including five Horizon League outings.  The senior right-hander has scattered just 29 hits in 46.0 innings of work, holding opponents to a .186 batting average in the six contests. He has tallied a 2.15 earned run average during the span as well, posting a 3-1 record.

Vavra Continues to Get on Base: Tanner Vavra has reached base safely in each of the last 20 games for the Crusaders.  Vavra leads the Crusaders with a .418 on base percentage and a .455 slugging percentage.  His .336 batting average ranks second on the team.

Going Deep: After hitting just seven home runs in the first 31 games of the season, Valpo went deep twice in Friday’s 7-4 victory at Youngstown State.  John Loeffler hit a three-run shot to deep right, his second of the season, and Billy Cribbs added a three-run blast to left, the first of his collegiate career.

Leading After Eight: Valpo is a perfect 11-0 this season when taking a lead into the ninth inning.

Swinging the Lumber: Valpo tallied double figure hits in all five games last week, beginning with an 11-hit effort against Grace.  In fact, the Crusaders had 11 hits in four of the five games, while registering just 10 in the opener at Youngstown State.

Starters Going Deep into Games: Valpo’s three weekend starters all rank among the top five in the Horizon League in innings pitched.  Tyler Deetjen leads the conference with 66.0 innings pitched on the season in just nine starts.  Kevin Wild (61.0) is second while Kyle Wormington (47.1) ranks fifth.

Quick Games: Valpo has played 11 games in 2:15 or less this season and 24 of its 34 contests in under 2:30.  The Crusaders are averaging just 2:20 for their nine-inning games this year, and 2:29 overall, including four three-plus hour extra inning contests, including one four-hour 15-inning game.

Closing Time: Jarad Miller has picked back up where he left off after missing the last year and a half with an injury, adding to his school record-setting career save total.  Miller recorded two saves against Youngstown State and now has four for the year.  His 32 career saves are 18 more than any other player in program history after setting the school’s single season record with 17 during his All-American season in 2009.

This and That: Elliott Martin enters the week with an active 10-game hitting streak ... Martin (third base) and Chris Manning (centerfield) are the only Crusaders to start every game at the same position ... Crusader pitchers have notched a 3.43 earned run average in Horizon League action this season ... the 3.95 ERA overall leads the conference ... Valpo has already played eight extra inning games this season (5-3).