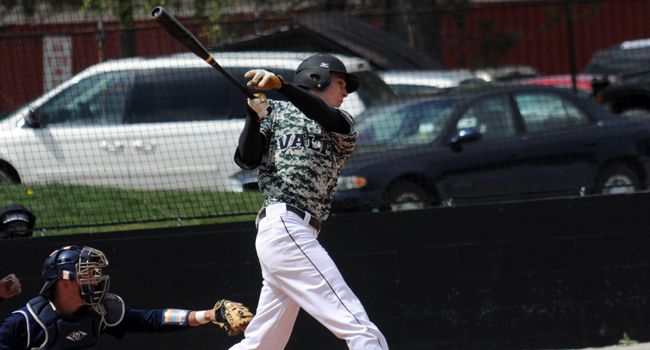 This Week in Crusader Baseball: After earning Honorable Mention National Team of the Week honors, Valparaiso wraps up its final regular season road trip of the season with four more games this week.  The Crusaders take their seven game winning streak to Notre Dame on Wednesday for a non-conference tilt before heading to Dayton, Ohio this weekend for a three-game series at Wright State in a showdown for first place in the Horizon League.

Head Coach Tracy Woodson: Tracy Woodson, the 16th head coach in Valparaiso University history, is in his sixth season at the helm of the Crusaders and has a 142-177 (.445) record both for his career as well as at Valpo.  Woodson ranks fourth in school history for career wins by a head coach.  A member of the Los Angeles Dodgers 1988 World Champion team, he has also managed in the minor leagues through the AAA level.

Series Notes: Notre Dame holds a 68-20 series advantage against the Crusaders dating back to 1958.  The Fighting Irish have won nine straight meetings between the two schools with Valpo’s last win coming in the second game of a doubleheader on April 25, 2001, 4-2.  The teams last met April 28, 2010 in Gary, Ind., an 8-1 Notre Dame win. Wright State leads the all-time series against Valpo 20-6 dating back to 1992.  The Raiders have won seven of the last eight meetings between the two schools after registering a three-game sweep of the Crusaders March 30 through April 1 at Emory G. Bauer Field.  Last year in Dayton, the Raiders took two of three games against Valpo.

Wrapping Up Recent Action: Valpo swept a three-game series at Milwaukee, allowing just five runs on the weekend.  The Crusaders opened with a 9-3 win on Friday behind 17 hits and seven strong innings from Tyler Deetjen.  After Saturday was rained out forcing a doubleheader on Sunday, Kevin Wild went the distance in game one for a 4-1 victory.  In the night cap, Valpo scored single runs in the first and third and held on for a 2-1 win as Kyle Wormington and Jarad Miller combined to hold the Panther offense down.

Scouting Notre Dame: The Fighting Irish have dropped four straight games, all at home, following a three-game sweep last weekend to St. John’s.  Notre Dame will host Butler on Tuesday before Valpo visits on Wednesday.  Eric Jagielo leads the Irish batting .343 with 10 home runs and 35 runs batted in on the year while Joe Hudson is hitting at a .333 clip with 31 RBIs.  As a team Notre Dame is batting .280 while the pitching staff has an ERA of 4.10.

Scouting Wright State: The Raiders have won five of their last six games overall after taking two of three at home against Butler last weekend. Wright State travels to Cincinnati on Wednesday before hosting Valpo this weekend.  Ryan Ashe leads Wright State batting .392 with 38 runs batted in while Tristan Moore has a .385 average with six home runs and 43 RBIs.  Jake Hibberd hits at a .364 clip with eight homers on the season for a team batting .313.  Wright State’s pitching staff has a 4.44 ERA on the year with opponents batting .272 against them.

Previously vs. Wright State: Wright State swept a three-game series from the Crusaders at Emory G. Bauer Field March 30 through April 1.  Valpo battled back from 6-2 down in the opener, scoring four in the seventh to tie the game, before the Raiders won in the 10th, 7-6.  Wright State won Saturday’s middle game 4-2 while stifling Valpo’s ninth inning rally on Sunday to win 4-3.

Horizon League Race Tightens: Valparaiso pulled within one game of first place Wright State heading into this weekend’s showdown in Dayton after last weekend’s sweep at Milwaukee while the Raiders dropped one of three to Butler.  More importantly, the Crusaders extended their lead on third place Milwaukee to five games with nine to play in the race for the all important first round bye in the Horizon League Tournament, which goes to the top two finishers in the regular season.

Wild Continues to Shine on the Mound in Conference Action: Kevin Wild is 5-1 with a 1.42 ERA and three complete games against conference teams this year.  He has held conference foes to just a .176 batting average and has struck out 36 in 57 innings of work.  Wild has not allowed an earned run in his last 27.1 innings of work, spanning four starts. During the stretch, which dates back to April 6 at UIC, the right-hander has allowed just one unearned tally.

Mahoney a Spark Since His Return: After missing 27 games due to an injury, Spencer Mahoney has been a spark offensively since returning to the lineup on April 13 at Youngstown State.  In his 10 games since his return, the freshman is batting .324 (12-for-37) with two doubles, seven runs scored, and five runs batted in.  He has also walked six times and has an on base percentage of .432 during the span.

Pitching Staff is Solid: Valpo’s pitching staff leads the Horizon League with a 3.48 ERA this season, including a 2.71 mark in conference play.  All three of Valpo’s weekend starters (Tyler Deetjen, 3.29, Kevin Wild, 2.28, and Kyle Wormington, 3.47) have ERAs below 3.50 on the season.

Leading After Eight: Valpo is a perfect 16-0 this season when taking a lead into the ninth inning.

No Free Passes Here: Valpo’s pitching staff ranks 12th in all of NCAA Division I entering the week allowing just 2.39 walks per nine innings of work this year.  Individually, Tyler Deetjen ranks fourth in the country with a 0.66 walk per nine inning rate, having issued just six free passes in 82.0 innings of work.  Deetjen also ranks eighth in the country with a 8.0 strikeout-to-walk ratio.

Quick Games: Valpo has played 15 games in 2:15 or less this season and 29 in under 2:30.  The Crusaders are averaging just 2:19 for their nine-inning games this year, and 2:29 overall, including two four-hour plus games of 15 and 16 innings.  Four times this year the Crusaders have played under four hours.

Closing Time: Jarad Miller has picked back up where he left off after missing the last year and a half with an injury, adding to his school record-setting career save total.  Miller recorded another save at Milwaukee and now has five for the year.  His 33 career saves are 19 more than any other player in program history.  Miller set the school’s single season record with 17 during his All-American season in 2009.

This and That: Chris Manning and Tanner Vavra are both tied for second in the Horizon League with nine stolen bases each ... Valpo starting pitchers have completed seven games this season, including three each by Kevin Wild and Tyler Deetjen ... Deetjen, Wild, and Kyle Wormington rank first, second, and fourth respectively in innings pitched this year in the conference ... Vavra has been hit by 13 pitches this season, most in the league ... Elliott Martin has 13 RBIs in 15 opportunities with runners on third and less than two outs this season (.867) ... Zack Walsh is holding right-handers to a .191 average this year ... John Loeffler has reached base in 18 straight games ... Andrew Bain has 18 multi-hit games on the year ... Steven Scoby has the team’s longest active hitting streak at five entering the week.