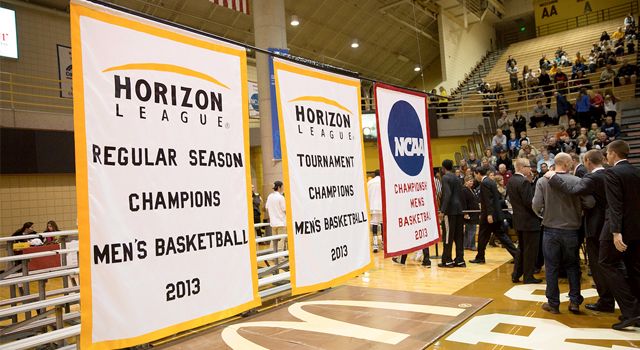 After the much-anticipated season opener got underway, director of athletics Mark LaBarbera distributed commemorative rings to the baseball, softball, and men's golf teams during a halftime ceremony.

The Crusaders topped off the night in fine fashion, defeating Murray State 77-74 in front of over 4,200 fans.