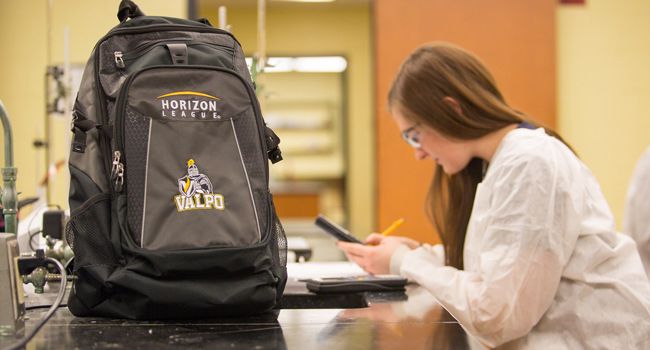 Karch Kowalczyk (5th/Sr.) – Drafted by the Los Angeles Dodgers in the 37th round of June's Major League Baseball First-Year Player Draft, Kowalczyk converted 24 career saves for the Crusaders, the second-most in school history. Owns a 3.86 cumulative GPA as a biology and chemistry double major.

Cole Webb (Sr.) - Webb turned in another quality season for the Brown and Gold as the Tulsa native accrued a 7-4 record on ths hill. His 86 1/3 innings pitched led the Crusader pitching staff in 2014. Owns a 3.70 cumulative GPA as a finance major.

Dalton Lundeen (So.) - Lundeen was named Co-Pitcher of the Year in the Horizon League following a season where he compiled a league-best 1.94 earned run average. The sophomore notched quality starts in eight of his nine starts against HL foes this past spring. Owns a 3.45 cumulative GPA as a marketing major.

Joe Harris (Jr.) - Harris compiled a 77.07 average this year. His four-under 68 in the opening round of the John Piper Intercollegiate in Bowling Green, Ohio was the best round of any Crusader that weekend. Harris tied for fourth place at the John Dallio Memorial last September. Owns a 3.82 cumulative GPA as an accounting major.

Kyle Henning (Sr.) – Henning led the Crusaders in 2013-14 with a 74.52 average. He fired season lows of 68 (-4) at The Battle of the Tetons in September and again at the Bluegrass Invitational this past April. Last month, Henning was named a First Team All-District honoree by the College Sports Information Directors of America. Owns a 3.80 cumulative GPA as a civil engineering major.

Thomas Wettstein (Sr.) - Wettstein tallied a 76.48 average in his final season with the Brown and Gold. He shot a one-under 71 in the first round of the Bluegrass Invitational, his lowest of the season. Wettstein concluded his Valpo career with a 76.54 average in 97 career events. Owns a 3.73 cumulative GPA as a finance major.

Eric Winters (Jr.) - Winters carded a season-low 71 in the first round of the Golfweek Program Challenge Sept. 16-17th. The junior accrued a 77.6 18-hole average for the Brown and Gold in 2013-14. The Elgin, Ill. native is no stranger to academic recognition: Winters has been named to the Dean's List and has earned Presidential academic honors while at Valpo. Owns a 3.81 cumulative GPA as a finance major.

Michelle Kleckner (Sr.) - Kleckner put an exclamation point on a fine career at Valparaiso with a 78.71 18-hole average in her senior season. Kleckner's 81.75 career average is the second-lowest in Crusader history. She finished six shots off the pace at the Horizon League Championships in April, netting a fourth place finish in the process. Her season-low round of 73 came at the MSU/Payne Stewart Memorial in October. Owns a 3.97 cumulative GPA as a mathematics major.

Eric Honert (Sr.) – Honert capped off a remarkable career with Valparaiso as the Arvada, Colo. native graduated as the Brown and Gold's winningest singles player of all-time. He tallied 14 singles victories as well as 14 doubles victories in 2014. Honert's 69 career singles wins are 12 more than the next Crusader. Owns a 3.93 cumulative GPA as a mechanical engineering major.

Jeremy Getz (Jr.) - Getz launched a javelin throw of 181' 0" on May 2nd at the Horizon League Outdoor Championships to garner third-place honors. His fifth-place finish at the Dr. Keeler Invitational came after a throw of 162' 10". Owns a 3.68 cumulative GPA as a public relations major.

Jacob Frey (Jr.) – Led the Crusaders in the shot put (43’4 ½”) during the indoor season.  Earned a first-place finish with a toss of 177' 8" in the hammer throw at the DePaul Invitational in Chicago on April 19th.  Owns a 3.68 cumulative GPA as a civil engineering major.

Claire Johnson (Sr.) – After finishing ninth at the HL Indoor Championships in the one mile run, Johnson recorded a seventh-place finish at the HL Outdoor Championships with a 4:46.9 time in the 1500 meter run. The redshirt junior from Eden Prairie, Minnesota stopped the clock at 18:32.79 in the 5,000 meter run at the Chicagoland Championships on April 12th. Owns a 3.87 cumulative GPA as an international economics & cultural affairs and German double major.

Kelli Wosick (Jr.) – Clocked a season-best 26.71 in the 200 meter dash and a team-leading 59.42 in the 400 meter dash at the Horizon League Outdoor Championships on May 2nd. Owns a 3.81 cumulative GPA as an English and secondary education double major.