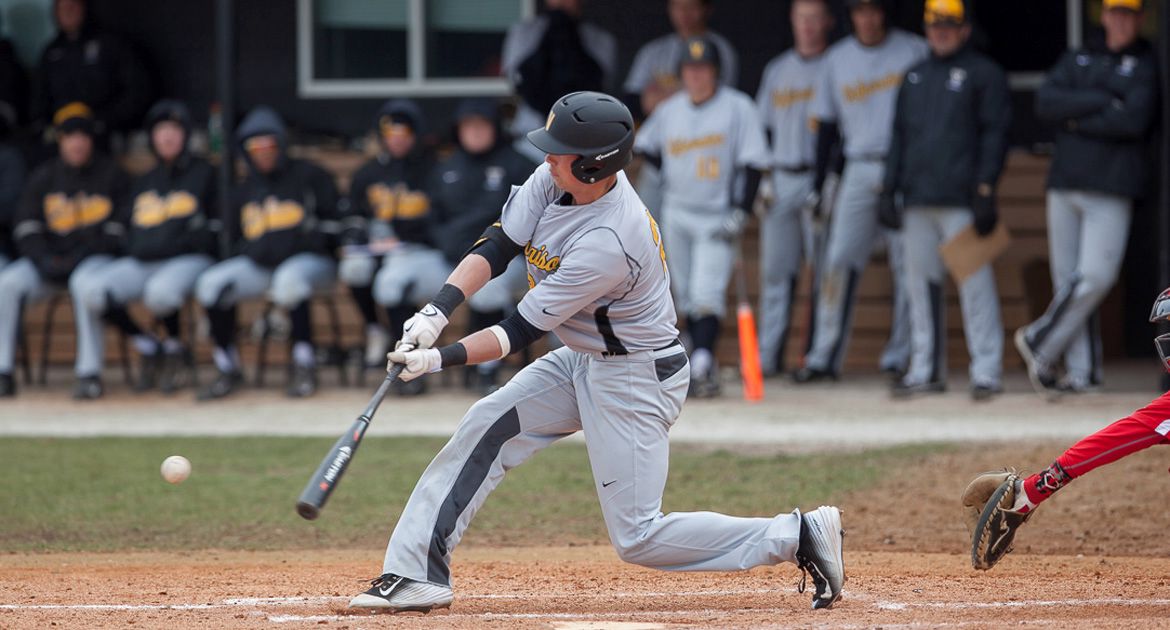 University of New Orleans starting pitcher Shawn Semple limited the Valpo offense to just two hits in 6 1/3 innings of work in Friday's series opener at Maestri Field in Louisiana. Freshman Sam Shaikin (West Hills, Calif./Chatsworth) reached base twice and Jeff Edwards (Massillon, Ohio/Jackson) was 1-for-3 at the plate, but the Privateers emerged with a 9-0 win over the Crusaders.

New Orleans plated one in the first.

After beating out an infield single to open the frame, Ryan Calloway was still standing on first base after the next two UNO batters took their cracks against Dalton Lundeen (Streamwood, Ill./Streamwood). With shortstop Aaron Palmer in the batter's box and two outs, Calloway broke off for second base in an attempt to move into scoring position. The throw beat Calloway to the bag, but the ball popped loose, giving the New Orleans left fielder his first stolen base of the season. One pitch later, Calloway came around to score on a Palmer infield single.

A pitching duel ensued for the next few innings. Lundeen and Semple traded zeros until the fifth when New Orleans expanded its lead to 3-0.

Lundeen got ahead 0-2 on the leadoff man, Preston Marsh, but the Privateer first baseman wore a misguided delivery and took first base. Valpo's ace got ahead 0-2 again to Chaz Boyer, the next batter, but Lundeen hung a slider that was subsequently sent over the right-field wall.

The Crusader offense had no response to Semple. The right-hander racked up nine strikeouts in 6 1/3 innings. Valpo mustered just two hits in Semple's tenure on the hill.

New Orleans added two in its half of the sixth and four in the seventh en route to the 9-0 victory.

Lundeen lasted 6 1/3 innings, and while he did not walk a batter, he did hit three Privateers. All seven of New Orleans' runs scored off the lefty were earned. Lundeen struck out a pair.

Valpo (1-3) will seek to even the series Saturday when Ryan Fritze (0-0, 9.00) makes his second start of the season. The Privateers will counter with righty Riley Hodge (0-0, 3.60) in the 2:00 pm CT first pitch. Links to the audio, video, and live stats are up at ValpoAthletics.com.