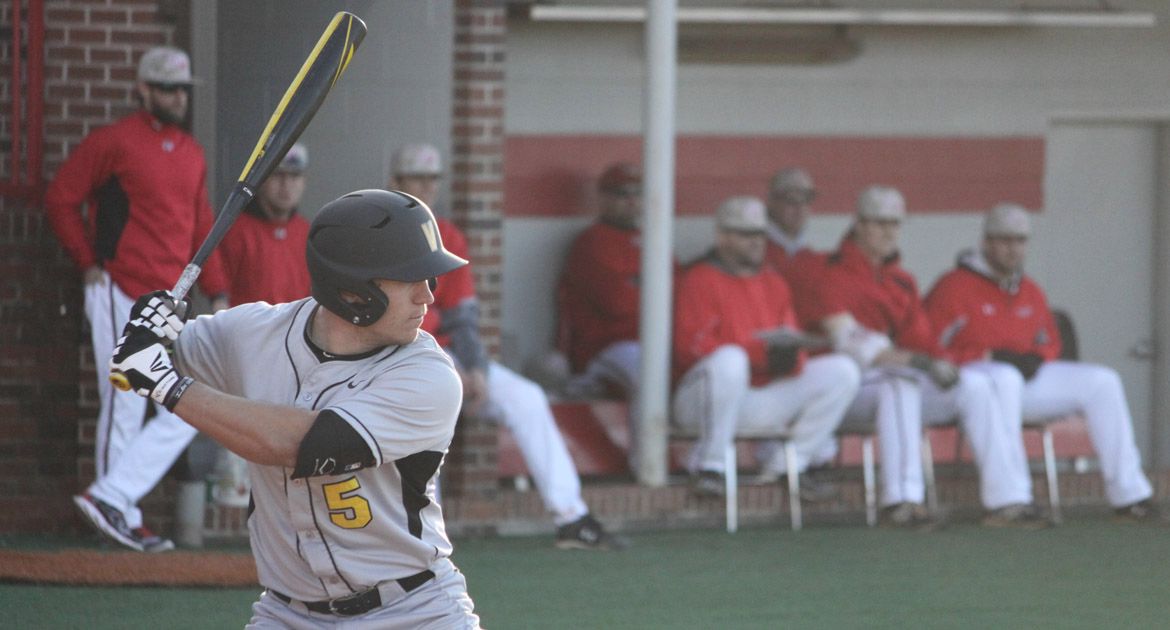 The Crusader baseball team was engaged in a slugfest with University of Louisiana Monroe Tuesday night at Warhawk Field before ULM scored eight unearned runs to seal an 18-9 victory.

Freshman Chase Dawson (Chesterton, Ind./Andrean) lifted the lid off the contest with an opposite-field single. After advancing to third on a pair of Warhawk miscues, Dawson was able to trot home on a Nolan Lodden (West Des Moines, Iowa/West Des Moines Valley [Heartland CC]) double. Josh Clark (Granada Hills, Calif./Hillcrest Christian [Riverside City]) continued to swing a hot stick as he lined a two-out, RBI single up the middle to plate Lodden.

Valpo starting pitcher Ellis Foreman (Round Rock, Tex./Stony Point) dodged a threat in the home half of the first, stranding a pair in scoring position. With one away, Anthony Herrera sliced a double inside the right-field line. Nathaniel Pugh followed with a single that short-hopped Lodden in left, requiring Herrera to pause before heading down to third. The throw went towards an unoccupied third base, allowing Pugh to truck on to second base. ULM catcher Spencer Hemphill lined out on the first pitch of his at-bat against Foreman, forcing the runners to stay put. Foreman got back into the dugout unscathed after coaxing an inning-ending fly out off the bat of outfielder Jacob Stockton.

The Crusaders tacked on four more runs in the second, causing Warhawk skipper Bruce Peddie to beckon his bullpen early. Scott Kapers (Schererville, Ind./Mt. Carmel) and Jeff Edwards (Massillon, Ohio/Jackson) strung together back-to-back singles. The veteran and rookie made it 4-0 when they crossed the plate on a Nate Palace (Westlake Village, Calif./Oaks Christian) two-out single through the six-hole. Lodden kept the carousel moving as he reached on a hit-by-pitch. Dan Delaney (Thousand Oaks, Calif./Thousand Oaks [Fresno State]) made Daily pay after he unloaded a double to the left-center field gap, scoring both Lodden and Palace. Valpo led 6-0 after two innings.

Command issues afforded ULM its first run of the game. Foreman issued a walk to Herrera before plunking Pugh on a payoff pitch to put two on with one out. The Crusader right-hander got Hemphill to roll over on a pitch for the second out, but followed that up with a pair of walks. The last of three base on balls in the inning forced Herrera home from third base.

Foreman's night ended after he yielded a leadoff single to Josh Faciane. Right-hander Alex Dirienzo (Somerset, Pa./Somerset [Akron]) was greeted with a pair of infield singles to load the bases. Dirienzo appeared to squash threat when he got Herrera to roll a grounder to short. Instead of a 6-4-3 double play, the throw to second base ended up in right field, allowing all three runners to score, and Herrera to end up on third base. The ball found Edwards again the very next at-bat when Pugh sent a roller to short. A throwing error allowed Pugh to reach and Herrera to touch home and make it 6-5. Stockton added an RBI single before the frame was over. Only one of the four runs charged to Dirienzo were earned.

After a scoreless fifth, the Valpo offense got back to work in its half of the sixth. Edwards and Palace ended up on the corners after drawing walks against Chase Cater. With Lodden at the dish, Cater unleashed a wild pitch that brought in Edwards. Lodden eventually wore his second pitch of the day, taking a delivery off his shoulder blade. Palace and Lodden both crossed the plate after Delaney slashed a single into right field. The Crusaders enjoyed a 9-6 lead after six and a half innings.

Disaster struck the Brown and Gold in the bottom of the sixth. The Warhawks had a run in with two runners on before Kapers picked off both in a matter of three pitches. Kapers fired down to second base to catch Brian Barefoot taking an extended secondary lead for the first out. Just two Bryce Yoder (Spencerville, Ind./Eastside) deliveries later, Kapers turned around an outside slider and fired down to first base to catch Pugh napping.

At the time, it appeared to be the defensive statements that would bring an end to a slugfest. Instead, the next six ULM batters reached base via five hits and another that reached on an error. By the time Yoder and the Crusaders returned to the dugout, Valpo trailed 12-9.

The Warhawk bullpen posted zeros the rest of the way while their offense tallied six insurance runs in the eighth. Edwards took the hill and recorded the final two outs of the eighth.

Valpo (1-6) will conclude the two-game set with ULM Wednesday at 6 pm at Warhawk Field. Links to the audio, video, and live stats are available at ValpoAthletics.com.