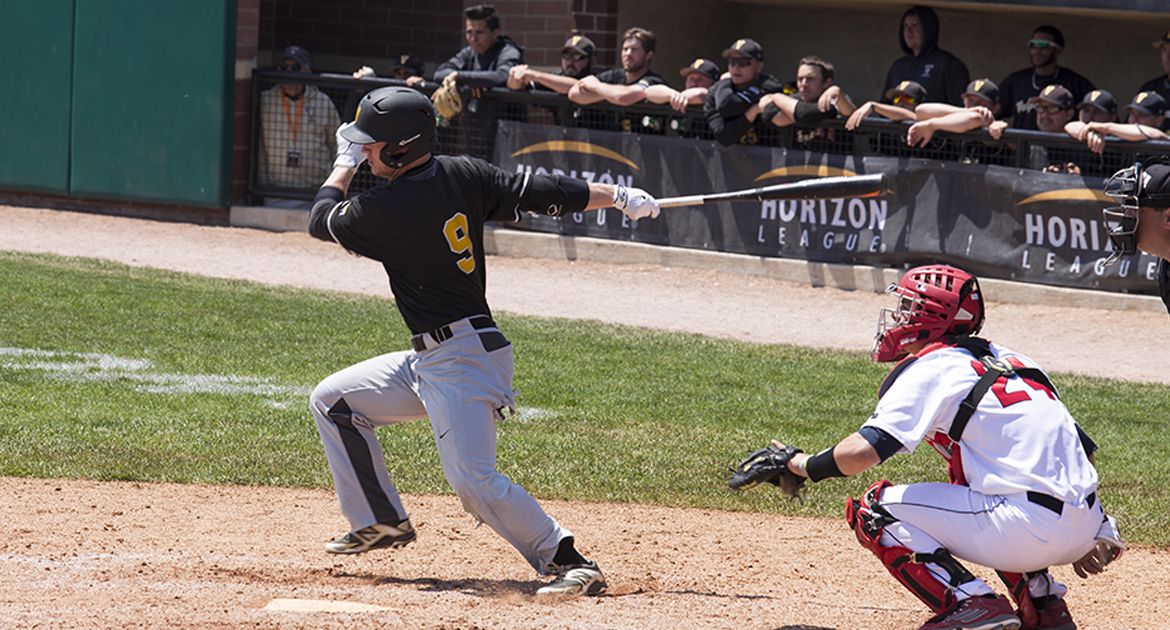 Valpo was in the process of digging itself out of a six-run hole in the top of the sixth Saturday at Dallas Baptist, but a line drive to third base turned into an inning-ending double play. The Crusaders settled for two runs in the frame, but the Patriots answered with three in the bottom half of the inning to secure a 9-2 win over the Brown and Gold at Horner Field in Dallas, Texas.

DBU infielder Tim Millard put his team up 4-0 with one swing of the bat in the second. Valpo starting pitcher Mario Losi (Anaheim, Calif./Canyon) issued back-to-back two-out walks to load the bases for the ninth-place batter. Millard connected on the first pitch he saw from Losi, depositing it over the left-field wall.

Losi, who entered Saturday's tilt having walked one batter in 16 1/3 innings pitched, granted his third free pass of the day to Jameson Hannah in the home half of the fourth. The base-on-balls came back to bite Losi in the next at-bat when Hannah came all the way around to score on a Camden Duzenack double. Duzenack scored later in the frame by virtue of a Matt Duce sacrifice fly that made it 6-0.

Freshman righty MD Johnson was called upon to douse the flames, but his walk to Shea Molitor (Plymouth, Wis./West Lutheran [Des Moines Area CC]) forced in a run to make it 6-2. Jeff Edwards (Massillon, Ohio/Jackson), owner of the team's highest batting average, stepped to the plate representing the tying run. The shortstop sent a shot to the hot corner that was gloved by Millard and then thrown to second base to double off Clark, who couldn't retreat to the bag in time.

The pendulum of momentum kept swinging the Patriots' way in the bottom of the sixth. Dallas Baptist was the beneficiary of three walks, a hit-by-pitch, and a wild pitch in a three-run frame. Losi was responsible for eight runs on six hits and three walks in five-plus innings of work. He struck out two batters, but took the loss.