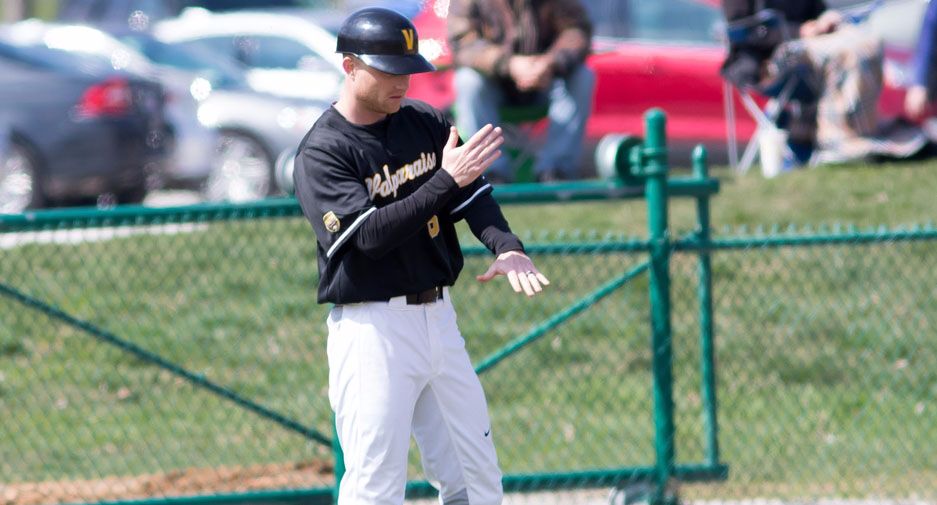 Redshirt junior Ellis Foreman (Round Rock, Texas/Stony Point) will toe the slab at Emory G. Bauer Field for the first time in 695 days Tuesday when Ball State visits Valparaiso for a 3:00 pm CT affair. The right-hander has made 25 appearances in a Crusader uniform, and 22 of those have been away from home. All six of his outings in 2015 were on the road, including a March 31st start in Muncie versus Ball State. His last home appearance was on May 4th, 2014 against Oakland.

The Cardinals have been winners of six of their last eight tilts, including a series wins over Miami (OH) and Dayton. Ball State will send team earned-run average leader Brendan Burns to the bump. Burns enters Tuesday's meeting with a 3-1 record and a 2.84 ERA. He managed four wins last season as a freshman despite a 7.58 earned-run average in 38 innings. The righty struck out 28 batters opposite 27 walks as a rookie. This year, Burns owns victories over Milwaukee, Cincinnati, and the aforementioned Flyers. He blanked UWM for six innings last month in Winter Haven, Florida. Burns was high school teammates with Wright State infielder Mitch Roman at Hamilton Southeastern.

Tuesday will be the 66th meeting between the two schools. Valpo possesses a 36-28-1 edge in a series that began in 1948. The Cardinals have taken eight of the previous nine over the Brown and Gold, however. The 2006 meeting resulted in one of the craziest games in program history when Ball State recorded a 31-19 victory over the Crusaders. The Cardinals won the most recent affair, 13-4, on March 31st of last year.

Rindfleisch paces the Ball State power department again in 2016. His five home runs are a team high. Junior Caleb Stayton had a 13-game hitting streak snapped last Friday at Miami (OH), but has registered a hit in 22 of the team's 25 tilts. He's driven in at least one run in ten of his previous 13 games. Stayton's nine doubles and four dingers have helped him to a .577 slugging percentage. Alex Call touts a team-best .383 batting average and has amassed 15 extra-base hits (11 2B, 2 3B, 2 HR). Tuesday will represent his 133rd start in a Cardinal uniform.

Valpo will make the short trip down Interstate 65 to resume a long-standing series with Purdue on Wednesday evening. The Boilermakers enter the contest on a six-game slide. They fell to Ball State, 9-8, last Tuesday at Ball Stadium. Head coach Doug Schreiber, a LaPorte, Ind. native, is in his 18th season at the helm of the program. The owner of a 479-484 career record, Schreiber is the all-time leader in coaching victories at Purdue.

The Crusaders and Boilermakers have hooked up 84 times since 1949. Purdue took both games in last season's home-and-home series. The two teams met in the 2012 NCAA Regional at the Steel Yard in Gary where the Boilermakers emerged with a 7-2 victory in a tilt that started at 10:40 pm local time.

Freshman Grant Inman (Fort Wayne, Ind./Carroll) will make his much-anticipated debut in the 6:00 pm ET/5:00 pm CT duel. Inman, who has spent the majority of the season recovering from Tommy John surgery, has been trumpeted as a high-ceiling arm. Perfect Game ranked the 6-foot, 5-inch right-hander as the No. 8 prospect in Indiana's 2015 class.

The Purdue offense has cranked out 14 home runs, but those round-trippers have come from two players: Kyle Johnson (5) and Kyle Wood (9). Johnson went 0-for-4 versus Valpo at Alexander Field, but was 3-for-4 with a run scored and an RBI in the showdown at Emory G. Bauer Field on May 12th. Wood batted 3-for-8 (all singles) in the two-game set.

Junior Adam Dressler is making his first start of 2016 on Wednesday. He's surrendered five runs on eight hits in 4 2/3 innings thus far, two of those tallies came at the hands of Ball State last Tuesday. Opponents are batting a collective .310 versus Purdue pitching.

Valpo's last win over a Big Ten team came on March 30th, 2011 when it defeated Northwestern, 5-2, in Evanston.