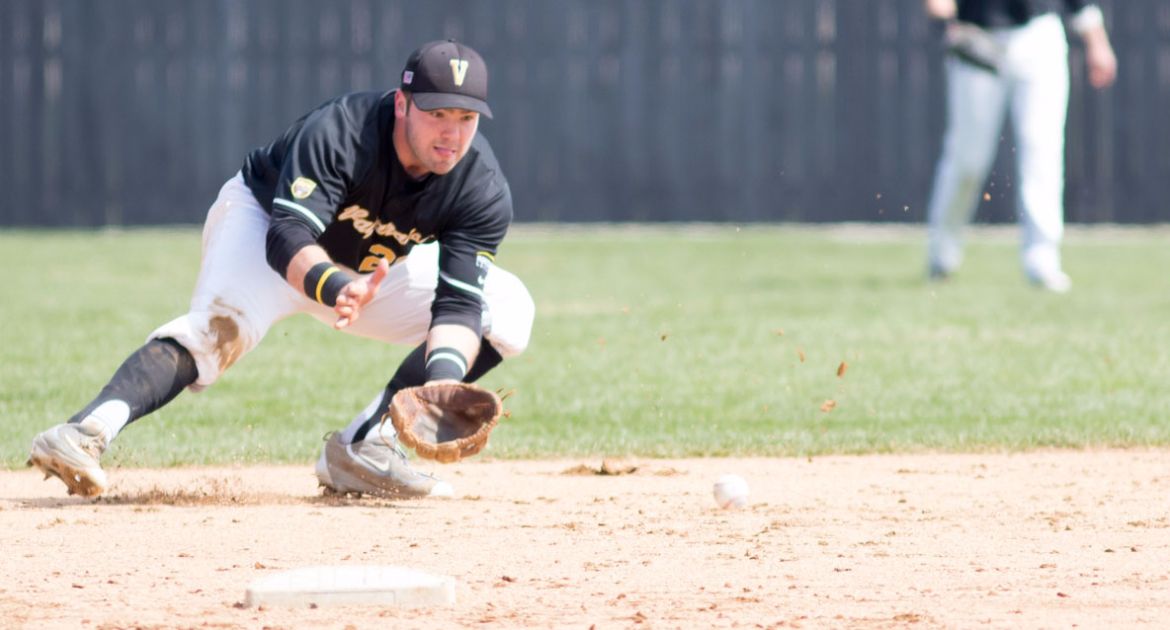 This Week in Crusader Baseball: The Crusaders begin their first of eight straight Horizon League games away from Emory G. Bauer Field Friday in Milwaukee when the Panthers host Valpo in a three-game series.

Last Time Out: Wright State took two of three from Valpo in the Crusaders’ home opener last weekend. Valpo rallied for a dramatic 3-2 victory in the first game of a doubleheader Saturday. Trailing 2-1 with two outs and the bases empty in the bottom of the 9th, the Crusaders registered four straight hits to record their first walk-off win in two years.

Following the Crusaders: Live stats will be available for all three contests. The link to those are posted at ValpoAthletics.com. In addition, follow @ValpoBaseball for in-game updates and a behind-the-scenes look at the Crusaders throughout the season.

Probable Starters: Senior Dalton Lundeen (2-3, 4.35) will shoot for his second win over the Panthers on Friday in the series opener. Lundeen owns a career 6-to-1 K:BB ratio against UWM. Senior RHP Trevor Haas (1-1, 2.03) gets the ball in Saturday’s showdown. Junior right-hander Mario Losi (2-3, 6.12) will close out the series on the bump for Valpo on Sunday afternoon.

Series Notes: Milwaukee leads the all-time series, 37-25, in a matchup that began in 1990. The Panthers took four of six from the Crusaders during the 2015 regular season series before eliminating the Brown and Gold in the HL Championship on May 21st. Valpo is 6-6 vs. UWM at Henry Aaron Field since the 2011 season.

In the Other Dugout: Milwaukee represented the biggest question mark in the Horizon League entering 2016. The Panthers welcome 21 newcomers to their club after losing some critical players. Sam Koenig and Cody Peterson graduated while Mitch Ghelfi and Cody Langley were snatched up in the 2015 MLB Draft. Scott Doffek’s cupboard is far from bare, though, as Luke Meeteer, Daulton Varsho, and Brian Keller symbolize pieces with which their skipper can build around. Nevertheless, a plethora of new faces has infiltrated the UWM clubhouse.

The aforementioned Meeteer and Varsho are carrying the Panther offense through the team’s first 21 games. Meeteer, who has been a mainstay atop Doffek’s lineup since arriving in Milwaukee, is batting .380 with seven doubles and 21 runs scored. The speedy center fielder is 9-for-9 on the basepaths. Whether he chooses to test Crusader catcher Scott Kapers (39% caught stealing rate) exists as one of the more interesting matchups of the weekend. Varsho paces UWM in runs batted in (19) and slugging percentage (.589). The sophomore has clubbed four homers, four doubles, and three triples as part of a .358 batting average. Varsho didn’t hit for average in 2015 (.238), but the power numbers were there (9 2Bs, 4 3Bs, 5 HRs). He struck out once every 4.2 at-bats as a rookie, a trend that has carried over to his sophomore campaign (once every 4.3 at-bats).

Brian Keller, Milwaukee’s innings leader in 2015, will make his 36th career start in a Panther uniform in Friday’s opener. The senior has earned the W in each of his last three starts, including a complete-game effort at Kansas State on March 11th. Keller surrendered eleven runs - nine earned - in 13 2/3 innings versus Valpo last season. Junior college transfer Jay Peters was an out away from clinching his first shutout in a Milwaukee uniform last Saturday at Youngstown State, but the Penguins strung together a pair of hits to chase the right-hander. Regardless, Peters was still awarded the victory for his 8 2/3 innings of shutout ball. His 2.37 ERA is 7th-lowest in the league. Teammate Adam Reuss is a spot above Peters with a 2.16 earned-run average. Reuss is the reigning HL Pitcher of the Week after curbing the Penguins to one single in six innings last Sunday. If you take out his first start of the season at #25 Texas Tech, Reuss has yielded two earned runs on 17 hits (all singles) in 31 1/3 IP. Opponents are batting just .182 versus the righty.

Scott Doffek is in his 10th season as head coach at Milwaukee, but 2016 represents his 22nd overall at UWM. He’s accumulated 265 wins in his tenure with the Panthers, including 134 in Horizon League play. Doffek guided the 2015 squad to a school-record 39 wins after leading Milwaukee to a regular-season title in 2013, as well as an NCAA Regional appearance in 2010.