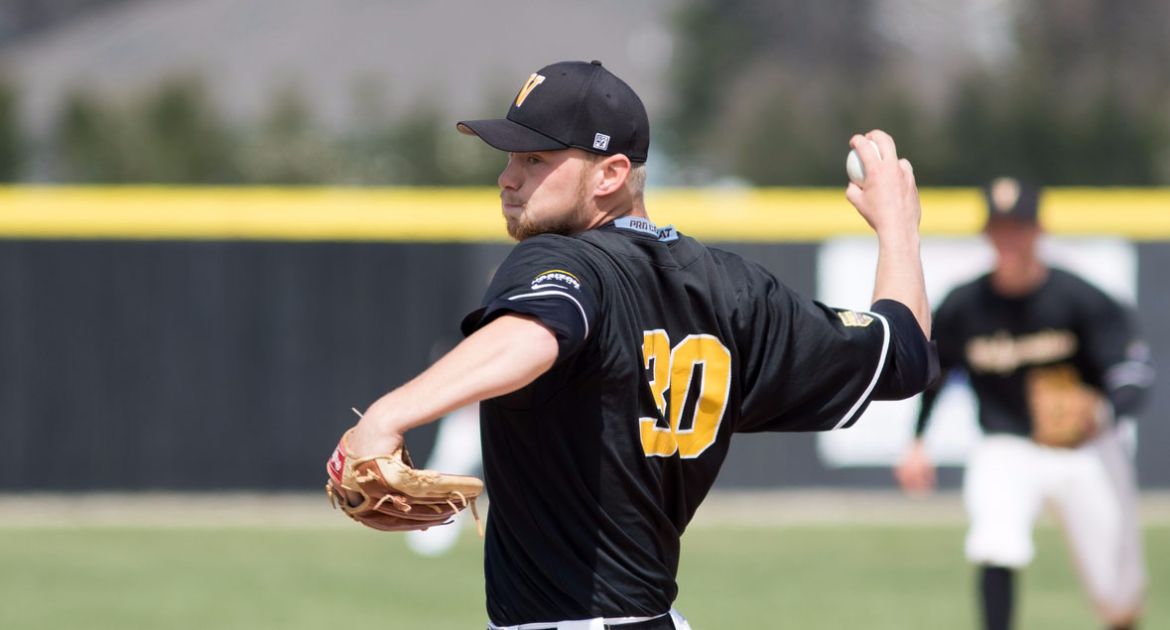 With the help of four double-play balls, senior Trevor Haas (Mount Prospect, Ill./Hersey) improved to 5-0 in Horizon League play Friday as he kept Youngstown State to one run on five hits over six innings in a 6-1 victory. Josh Clark (Granada Hills, Calif./Hillcrest Christian [Riverside City]) ran his batting average to .334 following a 3-for-4 day at the plate with two runs scored.

As has been the formula for much of the season, the Crusaders recovered after spotting an opponent a first-inning tally.

Youngstown State third baseman Alex Larivee led off the game with a double over the third-base bag. Fellow infielder Gerrad Rohan knocked him in later in the frame with a base hit to left.

Jeff Edwards (Massillon, Ohio/Jackson) erased the deficit in the home half of the second by virtue of an RBI single to center off Penguin starter Joe King. Two batters later, Chase Dawson (Chesterton, Ind./Andrean) delivered a two-out, two-run chopper through the middle of the diamond that made it 3-1.

While Haas faced the minimum twice in his six frames, he required the assistance of a twin-killing in both instances. Haas induced four double plays on the afternoon to evade any serious damage.

Dan Delaney (Thousand Oaks, Calif./Thousand Oaks [Fresno State]) provided some insurance in the fifth when he rifled his 13th double of the season, scoring Clark from third. Nolan Lodden (West Des Moines, Iowa/West Des Moines Valley [Heartland CC]) crossed the plate in the sixth on a wild pitch that ballooned the edge to 6-1.

Freshman right-hander Grant Inman (Fort Wayne, Ind./Carroll) threw up zeroes in the final three frames to earn his first career save. The Crusaders moved to 10-5 when their foe registers one or more runs in the first inning.

Haas concluded the Horizon League portion of the schedule with a 5-0 record and a 3.11 earned-run average. His overall ERA rests at 2.95.

Valpo (26-26, 16-12 Horizon) and Youngstown State (14-37, 5-20 Horizon) will wrap up their series Saturday afternoon at 1:00 pm CT. The team's 12 graduating seniors will be honored prior to first pitch. Links to the live stats will be posted at ValpoAthletics.com.

By virtue of Milwaukee's 8-4 win at Oakland on Friday, the Panthers locked up the No. 2 seed in next week's Horizon League Championship. UIC defeated Wright State 11-1 to hold tight in third place. A Crusader victory tomorrow coupled with a Wright State triumph would move the Brown and Gold into third place.