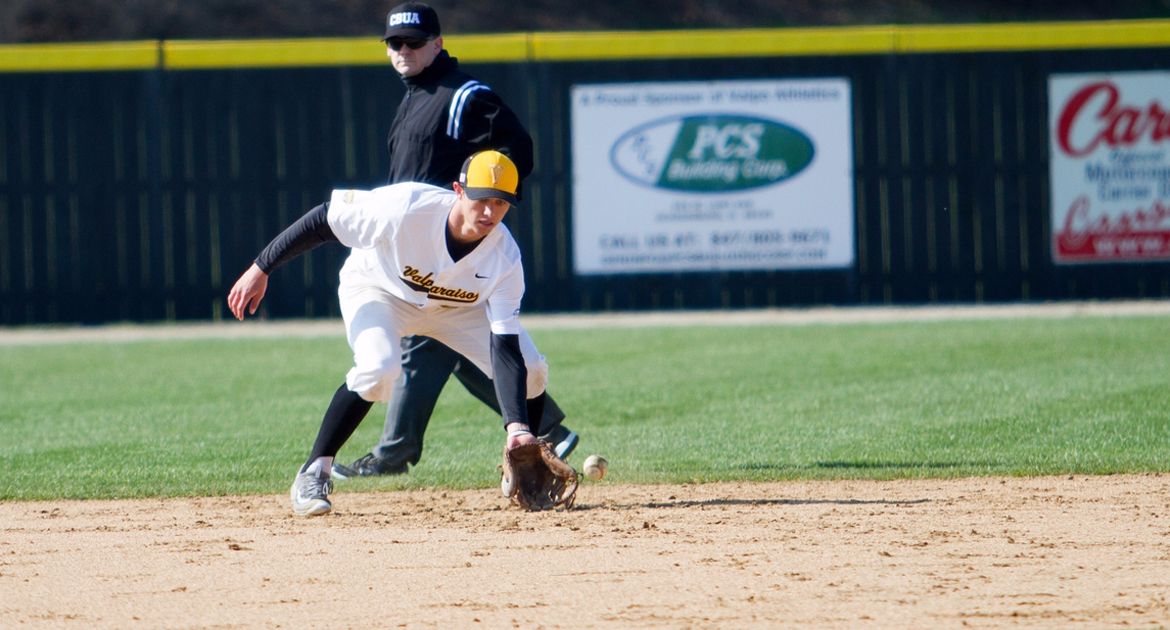 Chad Jacob was the only Crusader with two hits on Saturday.
Valparaiso at UAB | February 25, 2017

Valparaiso University baseball player Nate Palace continued his hot start to his senior campaign by launching a home run, but the remainder of the Crusader bats were quiet in Saturday’s 3-2 loss to UAB at Regions Field in Birmingham, Ala. Easton Rhodehouse (Gilbert, Ariz. / Highland) continued his strong start to the season with 2 2/3 scoreless frames of relief.

The Crusaders will look to salvage something in the series on Sunday at noon CT as Grant Inman takes the mound for Valpo. Live video is available for this series courtesy of UAB Athletics, but a subscription is required. Links to live video and stats will be available on ValpoAthletics.com.