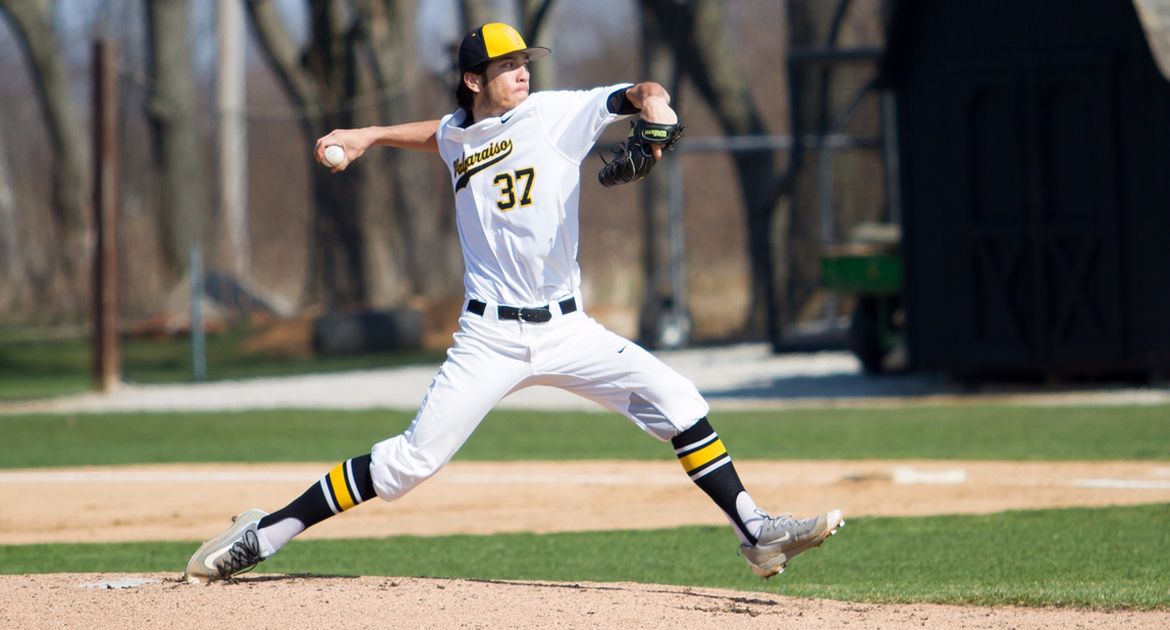 Starting pitcher Mario Losi did not factor into the decision on Friday.
Valparaiso at Jacksonville | March 03, 2017

The Valparaiso University baseball team started its spring trip in style on Friday evening in Jacksonville, Fla., prevailing 6-3 in a 10-inning contest. The Crusaders have won back-to-back games, including Friday’s win over an Atlantic Sun contender and strong warm-weather foe.

The Crusaders and Dolphins will go at it in Game 2 of the series on Saturday at 1 p.m. CT. Wes Gordon gets the ball for the Crusaders, while lefty Casey Kulina is slated to get the nod for Jacksonville. Links to live audio and stats are available on ValpoAthletics.com.