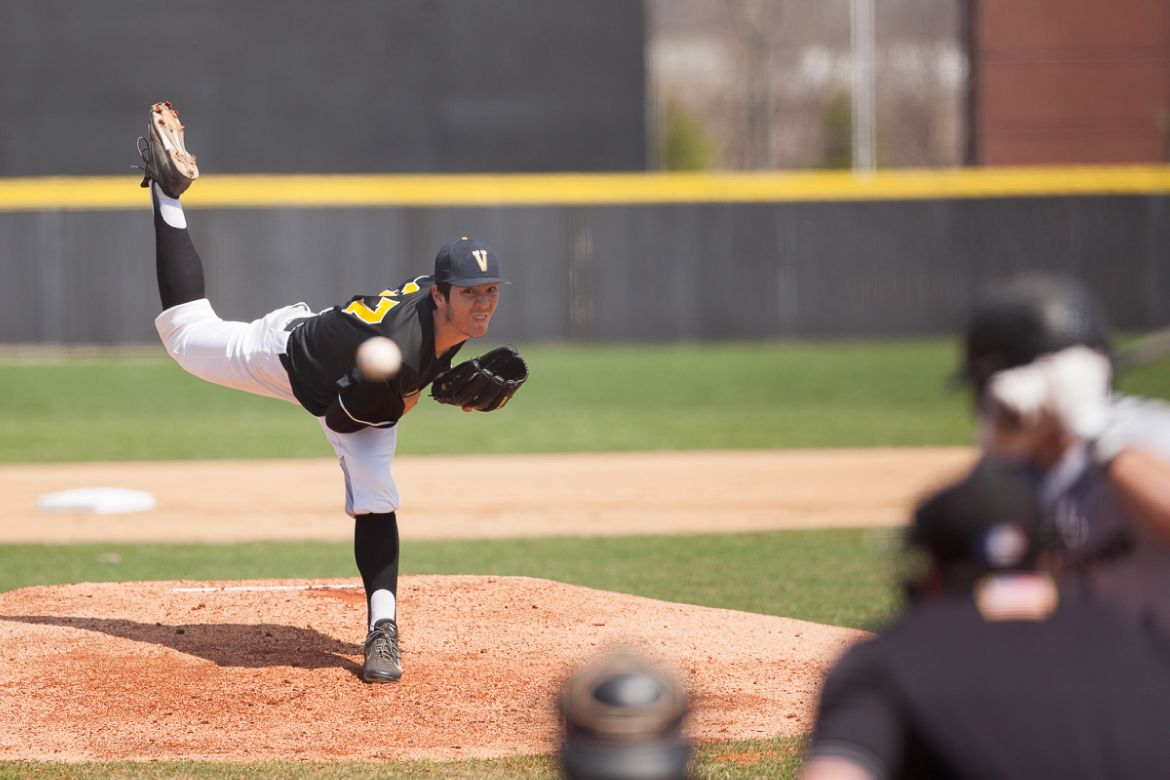 Last Time Out: The Crusaders ran into a buzz saw also known as the University of South Florida this past weekend, as Valpo dropped all three games of the series in Tampa. USF, which is receiving votes in the USA Today Poll, extended its winning streak to 14 and improved to 15-1 on the season. The Crusaders nearly snapped South Florida’s streak on Sunday afternoon, as they battled from three runs down to tie the game at five, but USF’s Joe Genord belted a walk-off home run in the bottom of the ninth to give the Bulls a 6-5 win. Jon Tieman and Ellis Foreman combined for 2 2/3 important shutout innings of relief for the Crusaders, permitting them the chance to tie the game.

On the Air: This weekend’s series will be broadcast on ESPN3, WatchESPN and the ESPN app. In addition, David Horak and Brandon Vickrey will have the hometown radio call on 95.1 FM Valparaiso, WVUR. Links to live video, audio and stats can be found on ValpoAthletics.com.

Friday Starters: Senior Mario Losi will again get the Friday nod from Valpo head coach Brian Schmack. Losi is 0-2 with a 4.64 ERA in four starts, totaling 21 1/3 innings of work. He has walked 11 and struck out eight thus far this season. Losi took the defeat after allowing four runs (three earned) on 10 hits in five innings on March 10. Losi will face left-handed pitcher Danny Sexton, a redshirt junior who did not play a year ago. He previously played at Tiffin University and Sinclair Community College. Sexton leads the Horizon League in ERA at 0.76 and has a 3-0 record while striking out 18 and walking six in 23 2/3 innings.

Saturday Starters: Wes Gordon (0-2, 5.21 ERA) is scheduled to make his fifth start on Saturday. He’s worked 19 innings and struck out a team-high 14 while issuing just three walks. Gordon will face off with Ryan Weiss, who stands at 2-0 with a 2.00 ERA in four games, three starts. He has worked 18 innings, struck out 14 and walked just two. Weiss is a freshman righty from South Elgin, Ill.

Sunday Starters: Sophomore Grant Inman (2-1, 5.50 ERA) is expected to make his fifth start of the season on Sunday. He has issued seven walks and struck out 10 in 18 innings. Wright State will send Zane Collins (1-2, 2.31 ERA) to the mound for the series finale. Collins, a sophomore southpaw, has worked 18 innings and issued two walks against 14 strikeouts this year. He appeared in 22 games and made three starts as a rookie a year ago.

Series Notes: This weekend accounts for three of the five meetings between the two teams this year, with the additional pair of games slated to take place in a doubleheader at Emory G. Bauer Field on Sunday, April 23. Valpo trails the all-time series 36-18. A year ago, Wright State won five of the six regular season meetings before the Raiders captured a 7-2 victory in the Horizon League Championship game. The Crusaders have dropped eight straight head-to-head meetings in Dayton dating back to May 9, 2014.

Inside the Crusaders: The Crusaders rank second in the Horizon League in batting average at .253 and fourth in ERA at 3.93. Valpo pitching has had good control, as the Crusaders have issued just 48 walks, the fewest in the league. This weekend’s series is a matchup of two teams that enjoy running the bases, as Valpo is tied for second in the league with 18 steals behind only Wright State’s 25. Nate Palace leads the team in batting average (.340), slugging percentage (.679), on-base percentage (.438), doubles (5), hits (18), RBIs (10), triples (2), home runs (3) and total bases (36). Palace’s slugging percentage ranks second in the league, while James Stea leads the conference in stolen bases (10) and hit by pitch (7). Ellis Foreman has compiled a 2.51 ERA out of the bullpen to lead the team. He has appeared in a league-high 10 games. Jon Tieman leads the league in saves with four.

In the Other Dugout: The Raiders stand at 9-6 on the season with several signature victories under their belts. They started the season by taking two of three from No. 10 Clemson, then knocked off No. 4 South Carolina in the finale of the three-game series. Jeff Mercer is in his first season at Wright State after replacing Greg Lovelady, who left to take a job as the head coach at UCF. Mercer was previously an assistant under Lovelady. Wright State is led in hitting by Seth Grady, who holds a .328 average. As a team, the Raiders rank sixth of seven in batting average at .230 and hold a 3.92 team ERA, third in the league. Wright State is No. 20 in the nation in RPI, by far the best in the Horizon League.

Driftless Drivel: Stea is one of 20 players in the nation who have been hit by a pitch seven times or more. He’s one of 11 in the nation with double-figure stolen bases. Stea has also reached base in 13 straight games and 27 of his last 28 dating back to last year. The leadoff spot is the only spot in the batting order that has only be occupied by one player this season with Stea leading off all 14 games… Defensively, the Crusaders have stayed consistent at first base (Nate Palace), second base (Chase Dawson), third base (Sam Shaikin) and center field (James Stea), with the primary starter playing every game thus far at those positions… The Crusaders have been good late in games, as they’ve outscored the opposition 17-4 in the ninth inning or later… Junior Giovanni Garbella already has career highs for hits (11) and runs scored (8) in a single season… Jake Hanson is four at-bats away from reaching his season total from a year ago… Palace needs four more RBIs to reach 100 for his career.