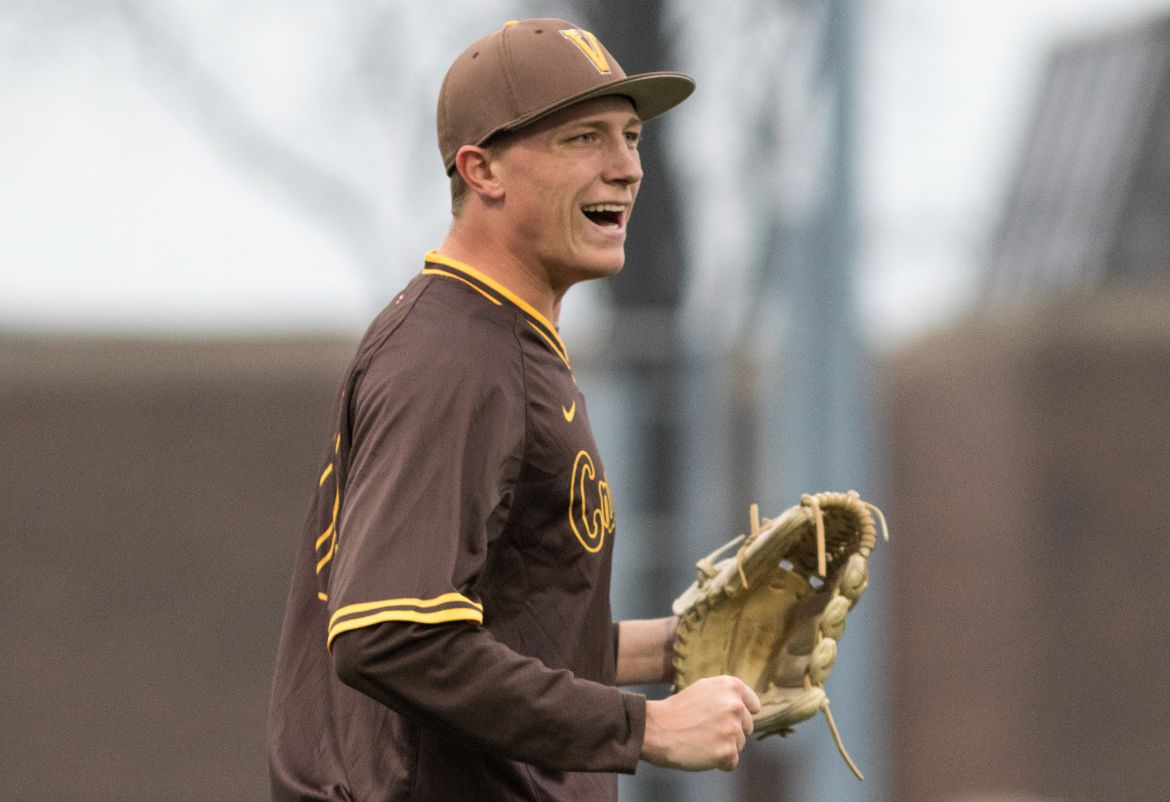 Easton Rhodehouse picked up the win in relief on Tuesday.
Valparaiso at Illinois State | April 04, 2017

It took longer than the regulation nine innings, but the Valparaiso University baseball team grabbed its first one-run win of the season on Tuesday night at Illinois State. A go-ahead bases-loaded walk by Chase Dawson (Andrean / Chesterton, Ind.) in the top of the 12th helped the Crusaders top the Redbirds 4-3 at Duffy Bass Field. The Crusaders prevailed in a battle of the bullpens that saw both teams go scoreless from the sixth through 12th innings.

Wednesday’s scheduled game between the Crusaders and Western Michigan Broncos has been canceled due to field conditions and expected inclement weather. The Crusaders will open the home slate on Friday, April 7 at 3 p.m. against Northern Kentucky. The game can be heard on 95.1 FM Valparaiso. Links to live audio and stats are available on ValpoAthletics.com.