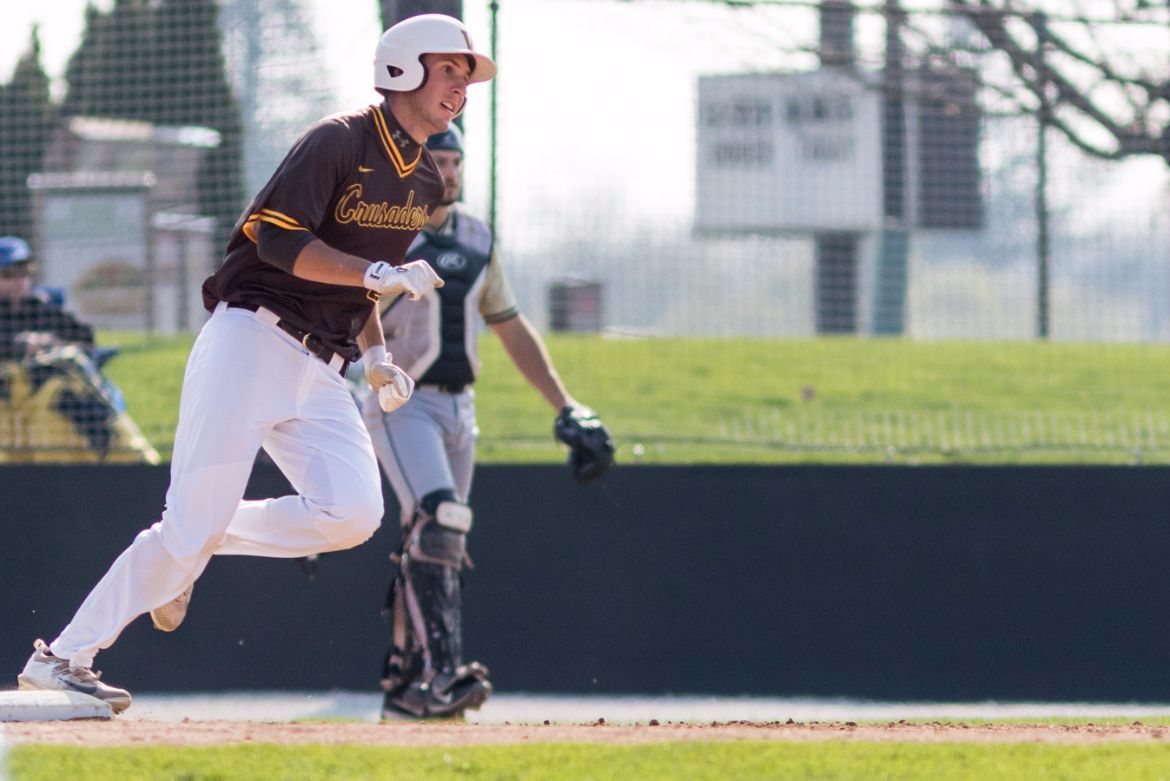 The Valparaiso University baseball team couldn’t overcome a nine-run Oakland fourth inning on Saturday afternoon in an eventual 19-9 defeat at Emory G. Bauer Field. It was a day of big innings as the Grizzlies set the tone with four runs in the top of the first, while the Crusaders had a six-run fifth to chip into the large hole created by the nine-run fourth. Chad Jacob (Irvine, Calif. / Woodbridge) had three hits to lead Valpo.

The Crusaders will step out of league play as they continue the homestand on Tuesday afternoon against Chicago State. The first pitch is scheduled for 3 p.m. CT. The game can be heard on 95.1 FM Valparaiso, WVUR. Links to live audio and stats are available on ValpoAthletics.com.