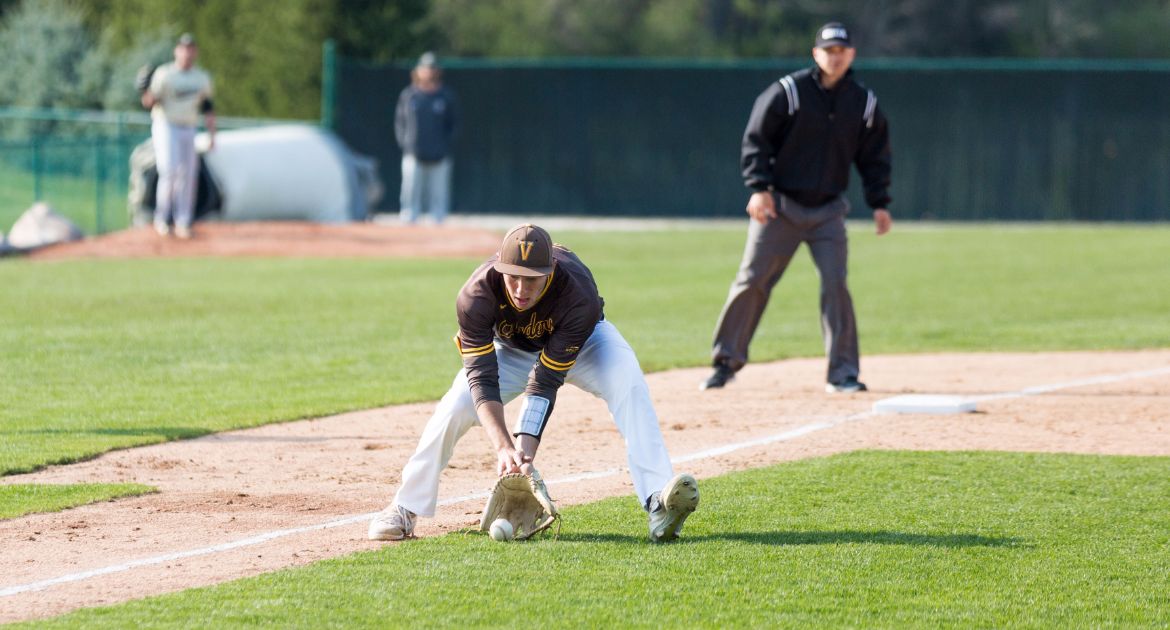 Sam Shaikin had two hits in Wednesday's win
Northern Illinois at Valparaiso | May 03, 2017

When the first four Northern Illinois batters of the game drew bases on balls, it looked like it could be a long Wednesday afternoon for the Valparaiso University baseball team. That’s when head coach Brian Schmack summoned Jake Larson (Irvine, Calif. / Woodbridge) from the bullpen. The freshman right-hander delivered 5 2/3 innings of scoreless relief to propel the Crusaders to an 8-2 victory over the Huskies at Emory G. Bauer Field.

The Crusaders will return to action on Friday as they host Youngstown State for a doubleheader. The first game is slated to begin at noon CT. Links to coverage will be available on ValpoAthletics.com.