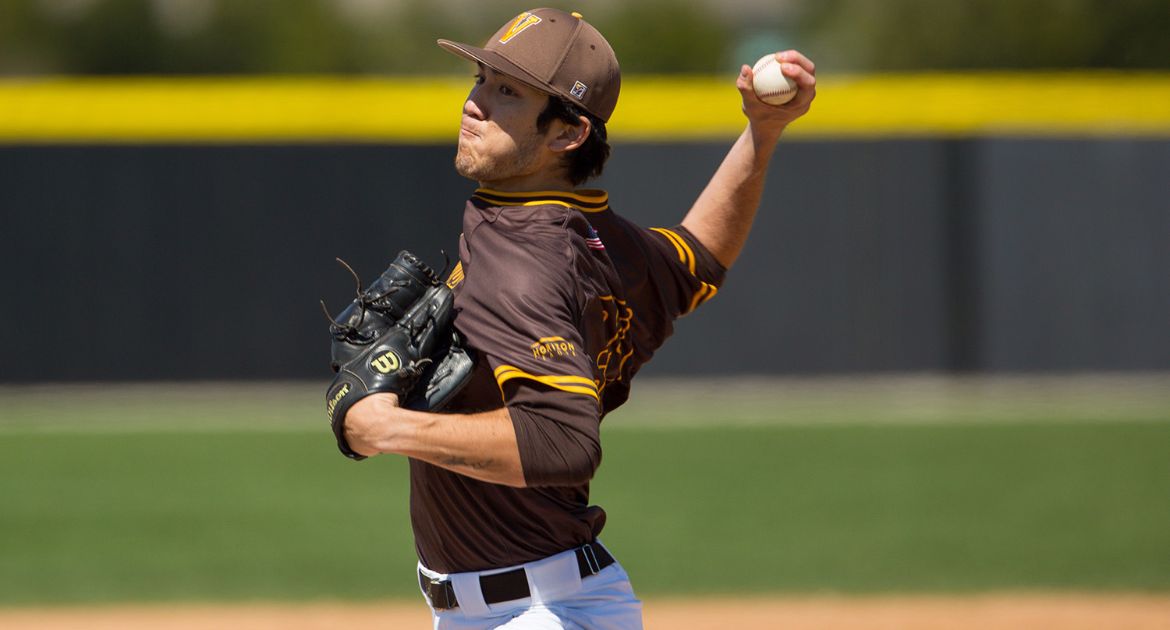 Next Up in Crusader Baseball: After dropping two of three to Youngstown State last weekend in Niles, Ohio, the Valparaiso University baseball team still has an opportunity to win the season series as the Crusaders welcome the Penguins to Emory G. Bauer Field for a doubleheader on Friday afternoon. Last weekend, the Crusaders salvaged the series finale against Youngstown State with a 10-7 win on Sunday.

Last Time Out: The Crusaders made it back-to-back wins on Wednesday afternoon with a nonleague 8-2 victory over Northern Illinois. After Valpo’s starting pitcher didn’t record an out and walked four straight, Jake Larson came out of the bullpen with 5 2/3 innings of scoreless relief, limiting the Huskies to four hits. He earned his first career win. After launching his first home run in a Valpo uniform on Sunday, Jayden Eggimann launched his second career big fly in Wednesday’s win.

On the Air: The game will be broadcast on WVUR Valparaiso, 95.1 FM. Links to live audio and stats will be available on ValpoAthletics.com.

Game 1 Starters: Senior Mario Losi and sophomore southpaw Collin Floyd will go at it in a rematch of Game 1 of last weekend’s series. Neither starter factored into the decision in Youngstown State’s 6-5 win over the Crusaders. Losi allowed four earned runs on 10 hits in seven innings, while Floyd succumbed five earned runs on seven hits in five frames. For the season, Floyd owns a 1-6 record and 7.71 ERA while allowing 28 walks and striking out 35 in 46 2/3 innings spanning 14 games, 10 starts. Losi is 1-4 with a 6.30 ERA in 11 starts. He’s issued 21 walks and struck out 36 in 65 2/3 innings. Losi’s biggest bugaboo has been the gopher ball, as he’s allowed 14 home runs this season.

Game 2 Starters: The second game of the twin bill is also a rematch of a week ago. Freshman Jon Tieman toes the rubber for Valpo, up against Youngstown State senior right-hander Jeremy Quinlan. Like the first game of last week’s doubleheader, the nightcap was a game of the bullpens with both starters receiving no decisions. Tieman allowed three runs (one earned) on six hits and struck out five over four innings, while Quinlan was charged with four earned runs on five hits in four frames. Tieman is 1-1 with a 3.21 ERA in 17 games, two starts spanning 28 innings. He has racked up 29 strikeouts against just seven walks. Tieman also nailed down seven saves before moving into the starting rotation. Quinlan holds a 3.55 ERA and 3-0 mark in seven games, all starts. He has walked 11 and struck out 24 in 38 innings. Opponents are hitting just .243 against him.

Inside the Crusaders: James Stea stole his 20th base of the season on Wednesday. With his next steal, he’ll move into a five-way tie for fifth in program history in single-season steals. Stea could finish the season as high as second in program history, needing eight more steals to take over that position. Mike Healey (1985) holds Valpo’s single-season stolen base record with 37. In addition, Stea has already tied the program record by being hit by a pitch 22 times this season. With his next HBP, he’ll pull past Tanner Vavra (2012) and take over sole ownership of the single-season hit by pitch record. Stea stills ranks second in the nation with 22 HBP and sits tied for 17th nationally with 20 steals. Valpo’s current team fielding percentage of .973 is in position to break the program record of .968 set in 1998. Nate Palace enters this weekend with 1,082 career putouts, just the third player in program history to reach 1,000 career putouts. Palace is currently tied for 10th in program history in career RBIs with 113. He needs three to move into a tie for ninth. Palace is also tied for fifth in program history with 22 career home runs. He’s the first Valpo player since Jeff Mandsager (2001-2003) to finish with 22 or more career long balls. The next run Palace scores will be the 100th of his collegiate career. Despite only playing here two seasons as a JUCO transfer, Stea ranks eighth in program history in career stolen bases with 38. If freshman Jon Tieman doesn’t record another save for the rest of his collegiate career, he’ll still rank in the Top 10 in program history in career saves, as he currently sits tied for eighth.

In the Other Dugout: The Penguins haven’t played a game since Sunday’s meeting with the Crusaders. They rank seventh in the league in team ERA at 7.09 and tied for sixth in batting average at .256. Youngstown State is led in batting average by Nico Padovan, who is hitting .297. Andrew Kendrick leads the league in home runs with 14 and is tied for seventh with 34 RBIs. The Penguins are under the direction of Dan Bertolini, in his first season at Youngstown State.