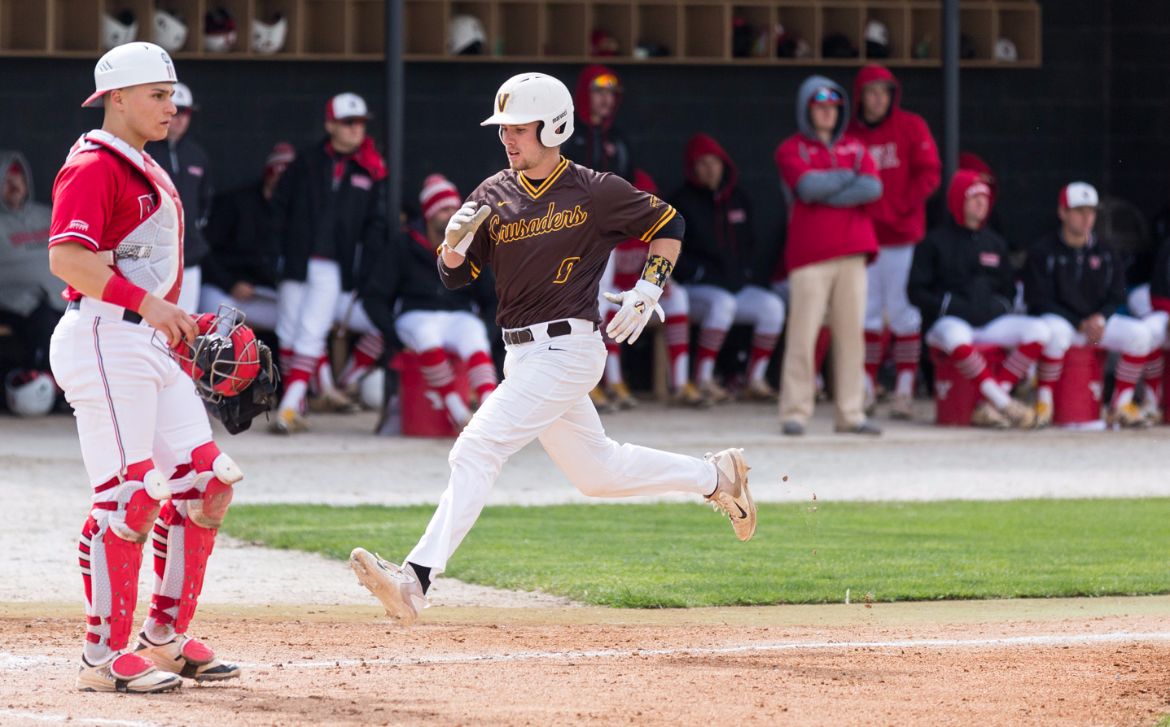 The two games of Sunday’s doubleheader represented quite the contrast to one another for the Valparaiso offense. The Crusaders banged out 18 hits on their way to a 13-3 win over Oakland in Game 1, but didn’t save any firepower for Game 2, when they scratched out just one hit and fell 7-0. The games were originally scheduled to take place in Rochester, Mich., but were moved to Emory G. Bauer Field.

The Crusaders will host Big Ten foe Purdue on Tuesday at 3 p.m. at Emory G. Bauer Field. The game will be broadcast on 95.1 FM Valparaiso, WVUR. Links to live audio and stats will be available on ValpoAthletics.com.