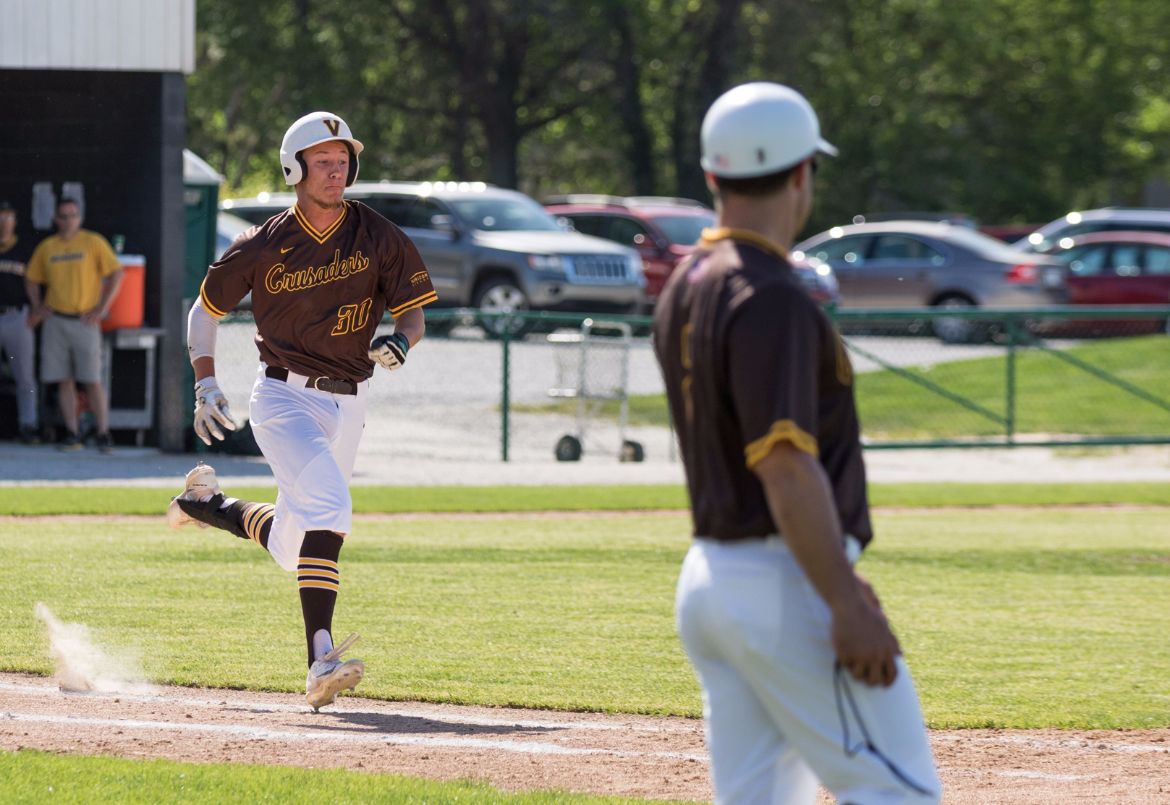 Christian Barczi drew a bases-loaded walk in the bottom of the ninth to force in the winning run on Thursday against Oakland.
Milwaukee at Valparaiso | May 18, 2017

The Valparaiso University baseball team notched its fourth win in the last five games on Thursday afternoon at Emory G. Bauer Field. Freshman Christian Barczi (Naperville, Ill. / Naperville North) worked a bases-loaded walk in the bottom of the ninth to force in the winning run and send the Crusaders into celebration following a 5-4 victory over Milwaukee. All four Valpo base runners in the ninth came via walks, two of which were intentional.

After a 12-11 win over Oakland on Thursday, Northern Kentucky is on the brink of clinching the No. 3 seed in the Horizon League. The only other team with hope for the No. 3 seed is Valpo, and for that to happen the Crusaders would have to win both remaining games against Milwaukee and the Norse would have to lose both remaining games against Oakland. With the win on Thursday, the Crusaders have locked up no worse than fifth in the Horizon League. The only scenario where Valpo finishes fifth is Valpo losing both remaining games and Oakland winning both remaining games. Aside from the two aforementioned scenarios, any other combination of how the weekend could play out would result in Valpo finishing fourth. Elsewhere, Wright State defeated UIC 6-4 to stay alive for the No. 1 seed. The Flames need to salvage one win of the remaining two games to clinch the top seed and host the tournament.

The Crusaders will continue the series against Milwaukee on Saturday at 1 p.m. CT at Emory G. Bauer Field. The game can be heard on 95.1 FM Valparaiso. Links to live audio and stats will be available on ValpoAthletics.com.