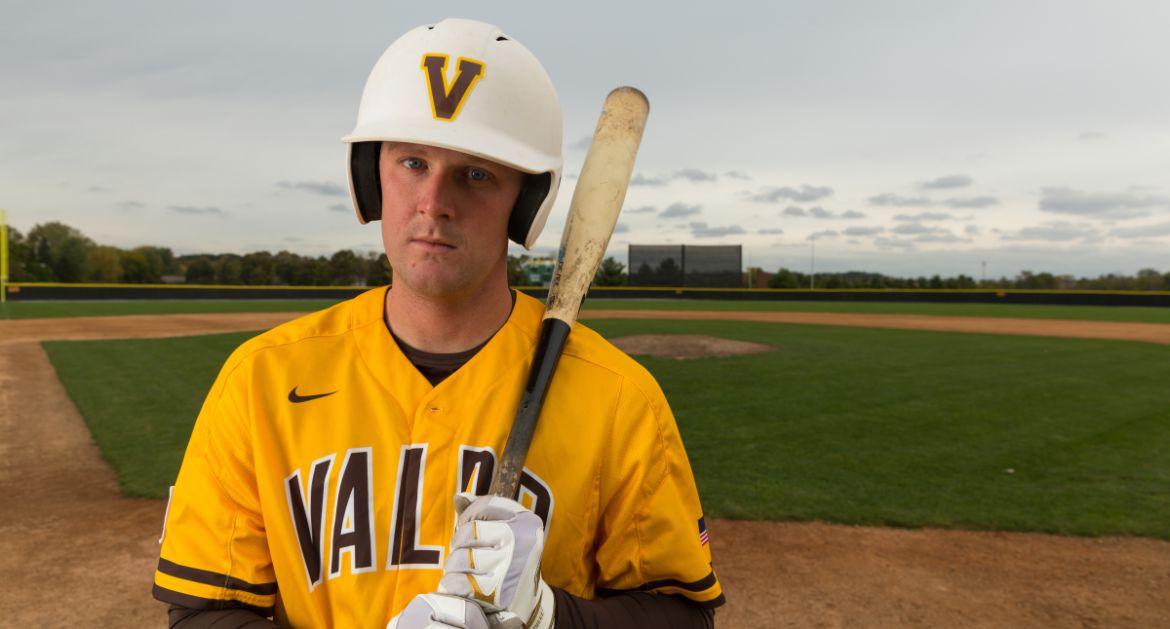 Next Up in Valpo Baseball: The Valparaiso University baseball team will return to the diamond this weekend to begin a challenging spring break trip that will see the team play eight true road games, all against teams that qualified for NCAA Regionals last season. The tough stretch starts in Wilmington, N.C. against defending Colonial Athletic Conference champion UNC Wilmington.

Last Time Out: Valpo came within one out of securing a Game 1 victory on Sunday at Arkansas State, but the host Red Wolves rallied to tie it and eventually won 7-6 in 11 innings. Arkansas State went on to sweep the doubleheader with a 7-1 win in Game 2 before sweeping the series with a 4-1 victory on Monday. Blake Billinger hit two home runs in Sunday’s first game and drove in six of the team’s eight runs in the series.

On the Air: Live video, audio and stats will be available free of charge for all three games in the series courtesy of UNCW Athletics. Links can be found on ValpoAthletics.com.

Series Notes: This weekend’s games will mark the first-ever meetings between the two teams. Before this season, the Seahawks hadn’t played a Valley team since 2014, dropping two of three in a series against Indiana State. However, they played Indiana State on Friday, Feb. 22 and will now face their second Valley opponent in as many weeks. Valpo has only played one game against a current Colonial Athletic Conference member – a 9-1 win over Hofstra on March 6, 1997.

Billinger Bombs: Blake Billinger launched two home runs in the first game of Sunday's doubleheader at Arkansas State, the first two long balls by the team this season. He lifted his career total to eight while enjoying his second career multi-homer game and first since hitting three on May 8 of last season at Western Michigan. He became the third Valley player with a multi-homer game this season, joining Christian Boulware of DBU and Nate Reeder of Evansville.

Bonus Baseball: Valpo's last three extra-inning games have all come as part of doubleheaders. Sunday's 11-inning affair at Arkansas State caused the team to play 20 innings in a single day. The team's previous extra-inning contest occurred on April 13 last season, when Valpo and Michigan State required 12 innings in Game 1 of a twin bill. Before that, the team played 10 innings in the second game of two vs. Bradley on March 30, 2018.

Measuring Stick: On Friday, Valpo begins a brutal stretch of eight straight games against teams that played in NCAA Regionals last season. The first four games of that journey will be in the state of North Carolina as Valpo visits UNC Wilmington for a three-game set followed by a midweek battle with North Carolina A&T. Trips to South Carolina (March 8-10) and Tennessee Tech (March 12) round out the challenging stretch.

In The Other Dugout: UNC Wilmington