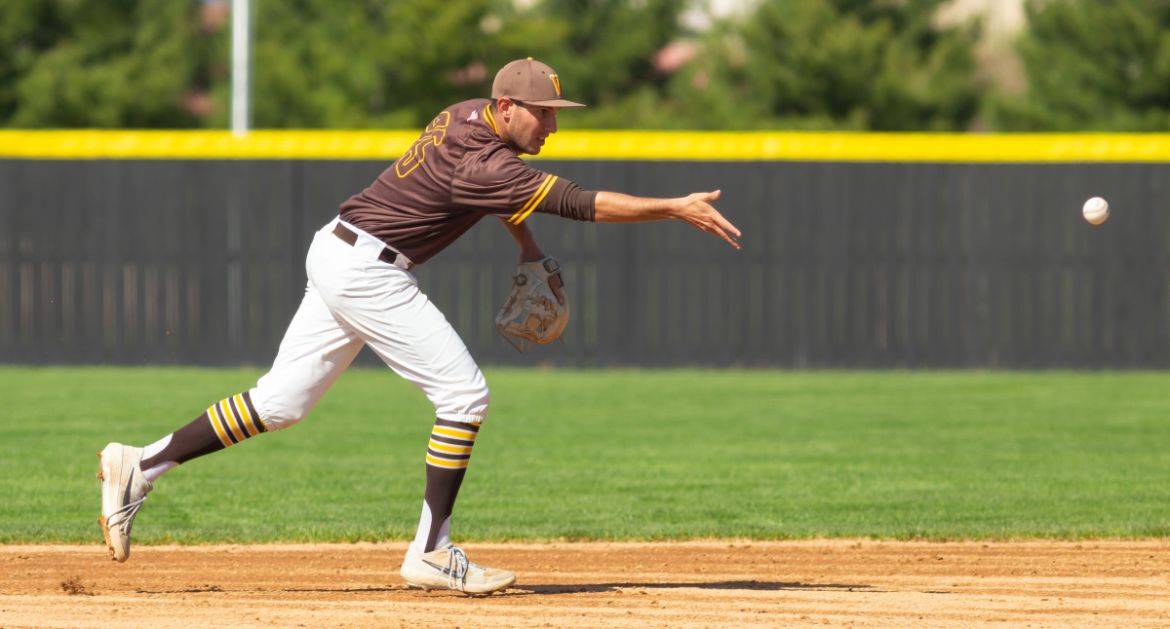 Next Up in Valpo Baseball: The Valparaiso University baseball team will finish out the 2019 regular season this weekend with a three-game Missouri Valley Conference series at Missouri State. Valpo enters the weekend trailing the defending conference champion Bears by one game in the standings and can overtake Missouri State for sixth by winning this weekend’s series. Valpo enters the weekend with a four-game winning streak and the team will shoot to surpass its conference win total from a year ago (six) with at least one victory this weekend.

Last Time Out: Valpo topped Chicago State 4-3 on Tuesday in the home finale at Emory G. Bauer Field, also the final nonconference game of the season. Steven Fitzsimmons finished a home run shy of the cycle, while four Valpo relief pitchers did not allow any earned runs over 4 1/3 innings to help secure the triumph. Montana Quigley garnered his first win out of the bullpen, while Easton Rhodehouse nailed down his fourth save.

On the Air: All three games will have radio coverage and stats courtesy of Missouri State Athletics. The series finale on Sunday will be broadcast on ESPN+. Follow @ValpoBaseball for updates throughout the weekend.

Series Notes: Valpo will look to pick up its first win over Missouri State this weekend as the Bears lead 5-0 in a matchup that began in 1985 but had been on hold since 1987 until a three-game series at Emory G. Bauer Field last year. The 1985 meeting was part of the Association of Mid-Continent Universities Tournament in Charleston, Ill., while the 1987 matchup was part of the same event in Chicago. This will be Valpo’s first trip to Springfield.

Relief Heroics: Valpo reliever Easton Rhodehouse had the game of his life in the series opener against Southern Illinois on May 10, earning the victory in a 5-4, 14-inning win. Inning after inning, Rhodehouse mowed down Saluki hitters. He did not allow a hit over six scoreless frames and issued just two walks while striking out eight. He set career highs in innings pitched, strikeouts and pitch count (85), outdoing his previous career long outing of four innings on May 14, 2017 vs. UIC. His previous career watermark in strikeouts also came in that appearance as he fanned seven Flames on his way to an eventual Horizon League Pitcher of the Week honor. His previous career high for pitches thrown was 60 in two innings on March 7, 2018 at UC Riverside. After finishing his sophomore season with a 9.68 ERA, Rhodehouse is at 3.00 over 33 innings as a junior.

Nailing It Down: To complete the trifecta of notes on Rhodehouse, here’s one more. The Valpo junior allowed one unearned run while nailing down his fourth save of the season in a 4-3 victory over Chicago State on Tuesday. That marked the eighth save of Rhodehouse’s career, allowing him to climb into a tie with Chip Pettit (1993-1996) for seventh in program history. He has the most career saves by any Valpo player since Karch Kowalczyk graduated with 24 from 2010-2014.

#NoRunZone: Southern Illinois entered the May 10 series opener at Valpo ranking third nationally in stolen bases per game and fifth nationally in total stolen bases, but the Salukis went just 4-of-9 against freshman catcher Jake Kapers and the Valpo pitching staff in a three-game set at Emory G. Bauer Field. On the flip side, Valpo entered the weekend just 11-of-24 in stolen base attempts and went a perfect 7-for-7 over the three games.

Fricke on Fire: Zach Fricke delivered the first nine-inning complete game by a Valpo pitcher this season, allowing just one run on four hits while earning his third win in a 7-1 triumph over Southern Illinois on May 11. Entering his start against Evansville on April 28, Fricke had an 0-3 record and 7.64 ERA over 12 games (five starts). Since then, the rookie right-hander has gone 3-0 with a 2.14 ERA over 21 innings with opponents hitting just .214 against him.

Bringing Out The Brooms: Valpo’s three wins over Southern Illinois from May 10-12 allowed the team to string together three straight victories for the first time this season and record its first ever sweep in Missouri Valley Conference play. It marked Valpo’s second series win (2018 at Evansville) since joining The Valley prior to the start of the 2018 season and first at Emory G. Bauer Field. In addition, it was Valpo’s first series win since March 16-17 at Northern Illinois and the team’s second series win of the season. The victories allowed Valpo to lift its Valley win total to six, matching its conference win total from a year ago with three Valley games still to play. This marked Valpo’s first three-game series sweep since May 19-21, 2016 vs. Youngstown State. Since then, Valpo has tacked on its fourth straight win to make this the team’s longest winning streak since securing six straight victories late in 2016.

Starting Staff Shining: The Valpo pitching staff had its best weekend of the season, posting a 1.41 ERA in the series against Southern Illinois from May 10-12. The starting staff was particularly impressive, posting a 1.17 ERA in the three games against the Salukis with all three starting pitchers going at least seven innings and each of the three Valpo starters limiting SIU to only one earned run. Southern Illinois scattered 12 hits over 23 innings against Valpo starting pitchers.

In The Other Dugout: Missouri State