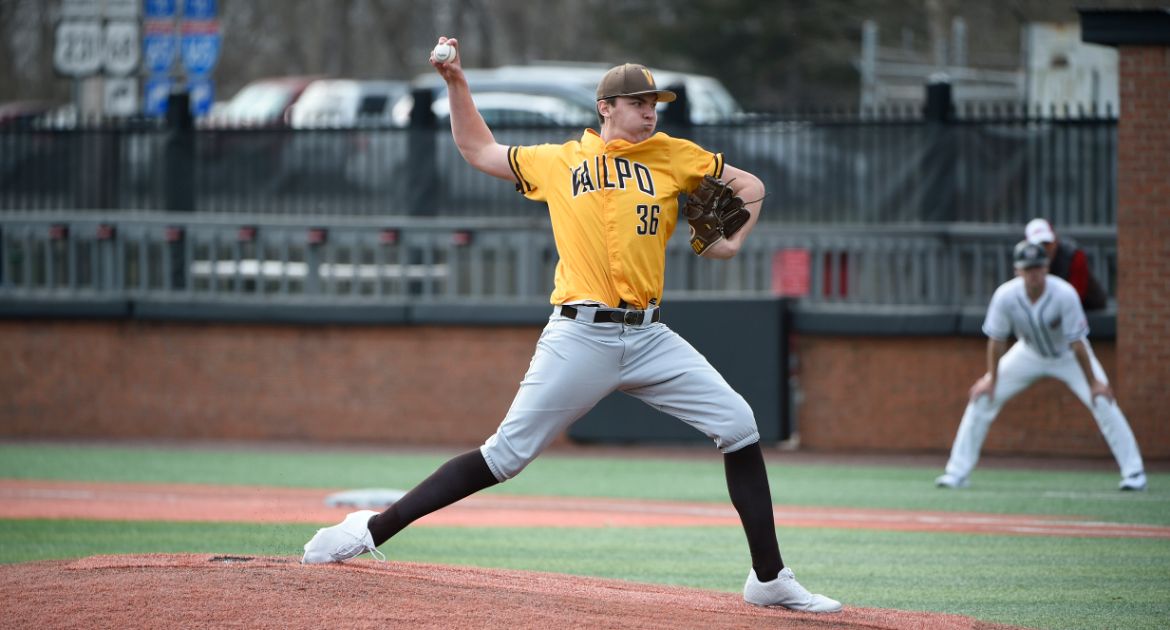 Next Up in Valpo Baseball: The Valparaiso University baseball team will continue its challenging nonconference schedule with perhaps its biggest test of the season this weekend at Louisville. The Brown & Gold will take on a Cardinals team that is ranked as high as third nationally in various polls and entered the season as the nation’s No. 1 team. Valpo will head to the state of Kentucky for the second straight weekend.

Last Time Out: Valpo is coming off an extra-inning victory over Western Kentucky in Monday’s series finale, winning 5-3 in 10. Riley Dent cracked a two-run homer for his first career long-ball, Damon Jorgensen achieved his first three-hit game in a Valpo uniform and Easton Rhodehouse was the bullpen hero with three perfect frames to earn the win. Jorgensen bunted home the go-ahead run on a squeeze play in the top of the 10th.  Valpo had dropped the season opener 9-3 on Saturday and the middle game 6-2 on Sunday.

On the Air: All three games this weekend will be streamed on ACC Network Extra. Links to live video, audio and stats are available on ValpoAthletics.com.

For Openers: Valpo pitcher Easton Rhodehouse had an unusual weekend during the season-opening series from Feb. 15-17 at Western Kentucky. He started the first game of the season and took the defeat after allowing three runs (one earned) on four hits in 1 1/3 innings. He rebounded to pick up the victory in the series finale, working three perfect innings over the eighth, ninth and 10th frames to help Vaalpo to the 5-3, 10-inning win over the Hilltoppers. Rhodehouse is scheduled to take the ball to start the Feb. 21 game at Louisville. The senior right hander became Valpo’s fifth opening day starter in as many years, joining Mike Kornacker, Tieman, Mario Losi and Dalton Lundeen.

In the Other Dugout: Louisville