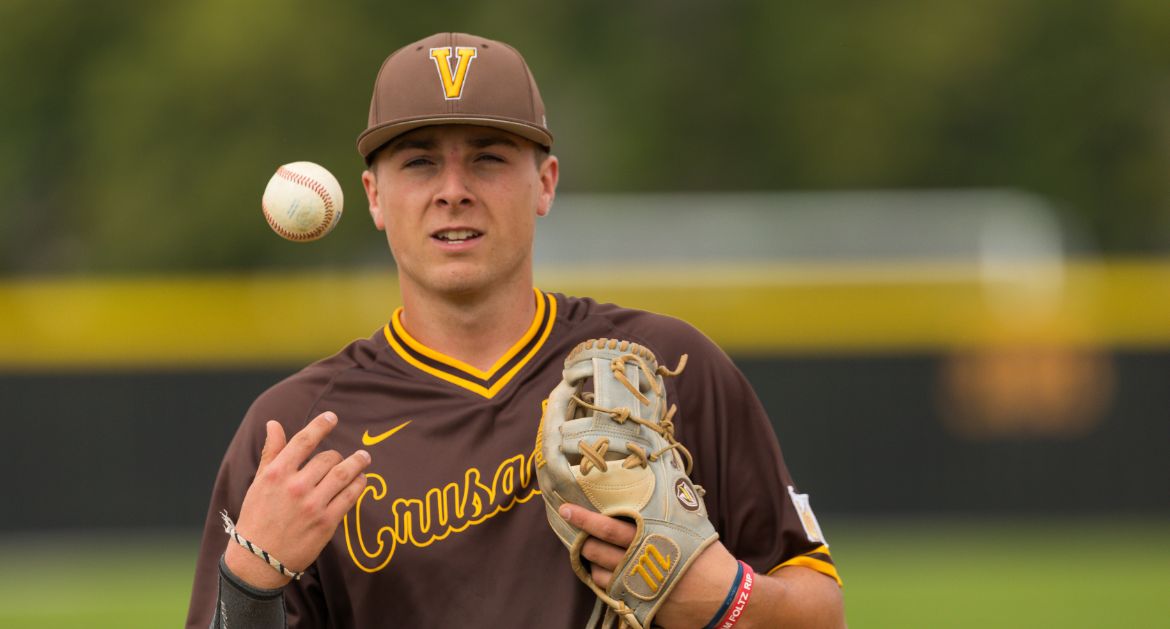 Next Up in Valpo Baseball: The Valparaiso University baseball team will begin its annual spring break trip with the Lake Area Classic hosted by McNeese State in Lake Charles, La. this weekend. This event’s four games will begin a 13-game journey that features eight contests in Louisiana, two in Alabama and three in Georgia over the University’s two-week spring break. This weekend, Valpo will face a pair of teams that played in NCAA Regionals last season.

Last Time Out: Valpo had a tough test against the top team in the nation in the preseason poll and a team ranked as high as third nationally entering the series, but put together a quality showing last weekend despite a three-game sweep at the hands of Louisville. The first two games of the set featured significant bright spots on the mound in 3-0 and 6-1 losses, while the series finale saw the offense explode in a 14-10 defeat.

On the Air: Live stats will be available for the four games this weekend. Links to any live coverage will be posted on ValpoAthletics.com.

Series Notes: This weekend will mark the first two matchups between Valpo and Southern Miss. The team has faced off with McNeese State on six occasions and holds a 1-5 record. The Cowboys swept a three-game series to open the 2010 season, then the two teams matched up again in 2014 with Valpo dropping two of three. Valpo’s lone win over McNeese State came 6-5 on Feb. 28, 2014, exactly six years to the day of Friday’s matchup. Valpo held on after jumping out to a 5-0 lead. Chris Manning launched a home run and Cole Webb turned in a quality start for the victory.

Offensive Explosion: Valpo and No. 3 Louisville produced a score that look more appropriate for the gridiron than the diamond as the Cardinals won the series finale 14-10 on Feb. 23 in Louisville, Ky. Valpo posted season highs in runs (10) and hits (15) and was outhit just 16-15 against the nation’s No. 3 team. That marked Valpo’s highest single-game hit total since March 16, 2019 against Northern Illinois and the team’s first double-figure run total since beating Western Michigan 11-1 on April 16 of last season. The 10 runs were Valpo’s most in a loss since March 2, 2018, a 14-13 setback vs. CSUN. The 10 runs were the most allowed by Louisville since a 16-11 loss vs. No. 22 Miami on April 19 of last season.

Promising Pitching: The win-loss record may not have shown it, but there was plenty to be excited about for Valpo baseball after this past weekend’s series at Louisville. Not only did the offense break through on Sunday, but Valpo got quality pitching performances in each of the first two games. The Brown & Gold lost 3-0 in the series opener, issuing just one walk in the game. It was the second straight game Valpo permitted just one base on balls after doing so in the 10-inning victory over Western Kentucky on Monday, Feb. 17. The last time Valpo allowed one walk or fewer in back-to-back games was April 3, 2016, when the team issued one base on balls over a doubleheader against Milwaukee.

In the Other Dugout: McNeese State

In the Other Dugout: Southern Miss