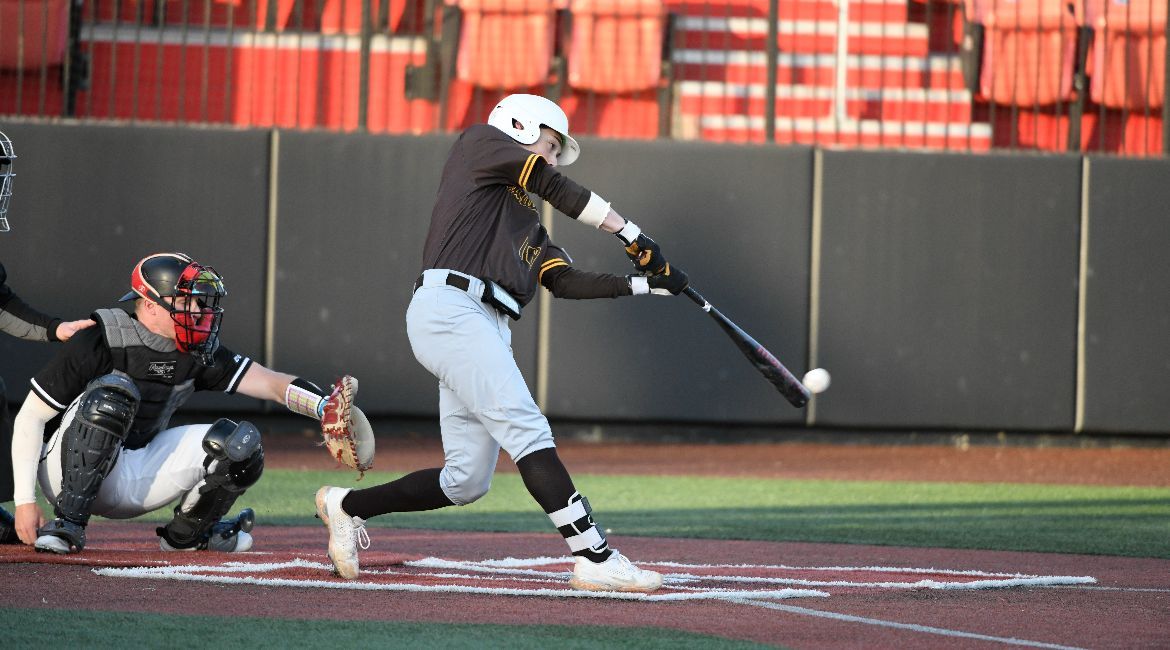 Parker Johnson is 5-for-9 over the first two games of the series at Western Kentucky.
Valparaiso at WKU | March 20, 2021

The Valparaiso University baseball team enjoyed a successful Saturday for the second consecutive week, this time edging Western Kentucky 8-6 in 11 innings thanks in part to a go-ahead single by Steven Fitzsimmons (Golden Valley, Minn. / Robbinsdale Cooper) in the top of the 11th to snap a six-all tie. Quality relief work from Jon Tieman (Crystal Lake, Ill. / Prairie Ridge) played a key role as the veteran right-hander stymied Western Kentucky to the tune of no runs on two hits and no walks over the game’s final 3 2/3 innings.

Valpo (4-8) and Western Kentucky (9-9) will play the rubber match of the three-game series on Sunday at 1 p.m. at Nick Denes Field in Bowling Green, Ky. Links to live stats and audio can be found on ValpoAthletics.com.