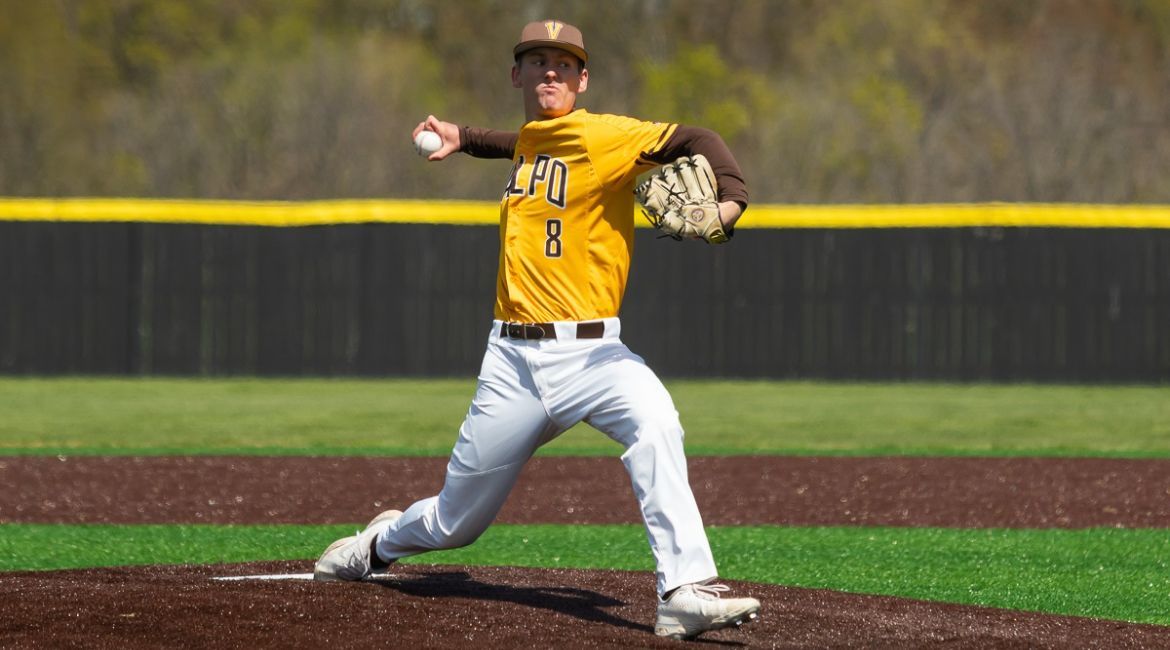 The Valparaiso University baseball team capped off a winning weekend on Sunday afternoon by topping visiting Southern Illinois 4-2 to take three of four in the Missouri Valley Conference series at Emory G. Bauer Field. Although not quite as heart-pounding as Friday’s walk-off victories, Sunday’s finale featured a thrilling finish of its own as Easton Rhodehouse (Gilbert, Ariz. / Highland) escaped a ninth-inning jam with the tying run on base to nail down the save.

Valpo (8-21, 3-9) will visit No. 10 Notre Dame on Tuesday at 4 p.m. CT / 5 p.m. ET for a midweek contest. The game will be broadcast on ACC Network Extra with links to live video and stats available on ValpoAthletics.com.