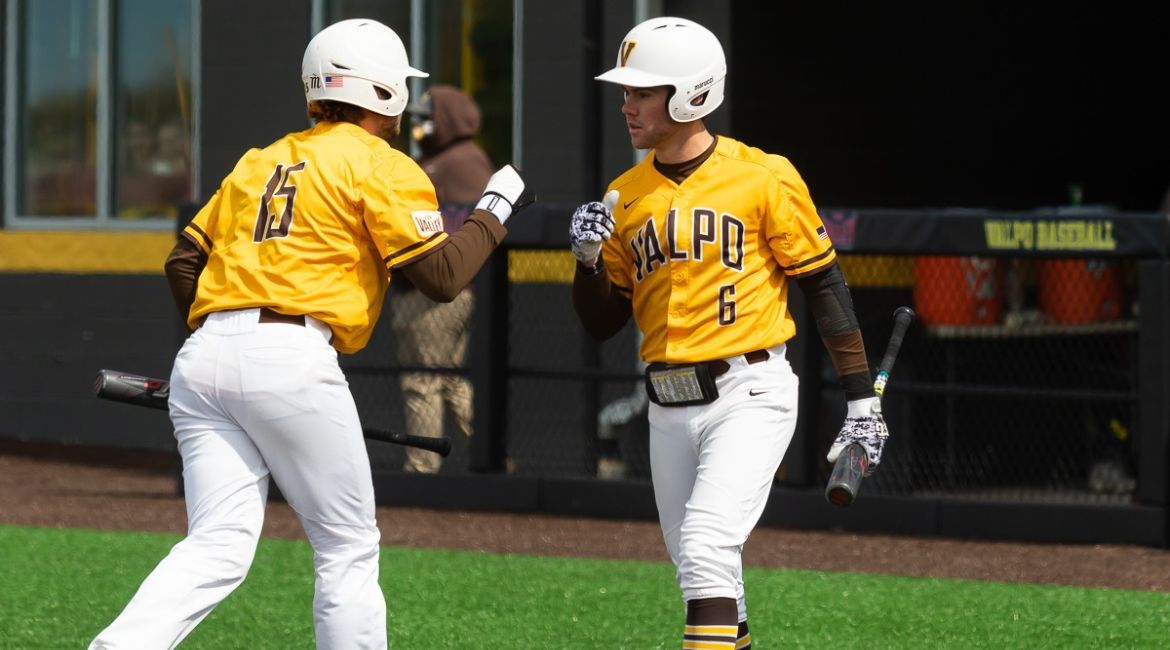 Next Up in Valpo Baseball: The Valparaiso University baseball team will face off with a nationally-ranked opponent for the sixth time this season as the team makes its way to Notre Dame on Tuesday afternoon to battle the No. 8 Fighting Irish in midweek action. This marks the second of three matchups between the instate foes this season. Valpo will hope to carry the momentum garnered during a series win this past weekend into the nonconference tilt.

Last Time Out: Valpo opened its new field turf in memorable fashion, sweeping a doubleheader from Southern Illinois on Friday by winning both games in walk-off style. Jonathan Temple smashed a game-ending home run in the bottom of the ninth of the opener before Riley Dent walked it off with a single in the bottom of the seventh of Game 2. After dropping the Saturday game, Valpo clinched the series with a 4-2 triumph on Sunday behind a strong pitching performance from Zach Fricke.

On the Air: The game will be broadcast on ACC Network Extra. Links to live video and stats are available on ValpoAthletics.com.