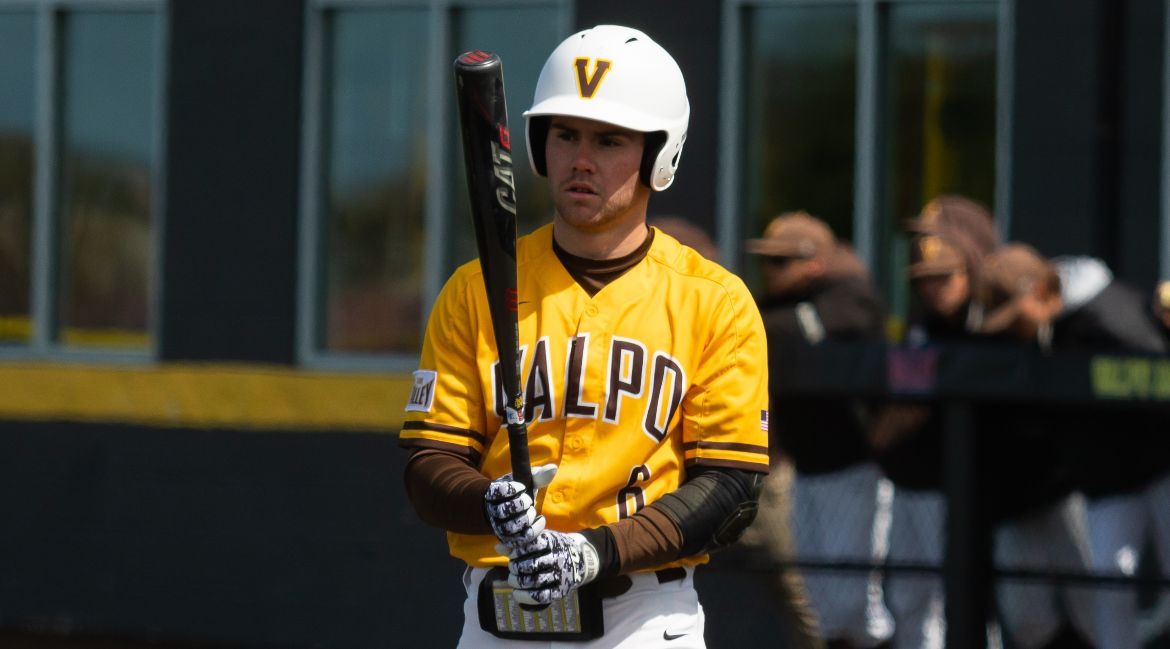 Next Up in Valpo Baseball: The Valparaiso University baseball team will enjoy another home weekend beginning on Friday afternoon as Illinois State comes to town to kick off a four-game set. Valpo will attempt to sustain the positive momentum generated during last weekend’s series victory over Southern Illinois and a solid midweek performance at No. 8 Notre Dame.

Last Time Out: Valpo gave the nation’s No. 8 team all it could handle on Tuesday night near South Bend, but host Notre Dame prevailed 8-7. Kyle Schmack drilled a go-ahead, bases-clearing double to highlight a four-run fifth for the Brown & Gold, who also received three hits from Kaleb Hannahs and two from Alex Thurston. Valpo outhit Notre Dame 9-7. Schmack’s three RBIs marked a career high, making him the third Valpo player with a three-RBI game this season. Notre Dame entered the matchup ranked eighth by D1Baseball.com, sixth by Baseball America, 13th by the NCBWA, 14th by Collegiate Baseball Newspaper and ninth by the USA Today Coaches’ Poll.

On the Air: Radio coverage throughout the weekend will be available on the Valpo Sports Network, 95.1 FM WVUR. Links to live audio and stats can be found on ValpoAthletics.com.

Series Notes: Valpo is 9-23-1 in a series that dates back to an NCAA College Division Playoff game in 1969. Valpo won the most recent matchup between the two teams 4-2 on April 6, 2019, but the Redbirds took two of three in the series. Since joining The Valley, Valpo is 2-4 against Illinois State.

Schmack in the Record Book: Entering this weekend, Valpo head coach Brian Schmack owns 144 career victories. He is within striking distance of tying or passing Rick Ferchen (1982-1987) for fourth in program history during the weekend set against the Redbirds.

In The Other Dugout: Illinois State