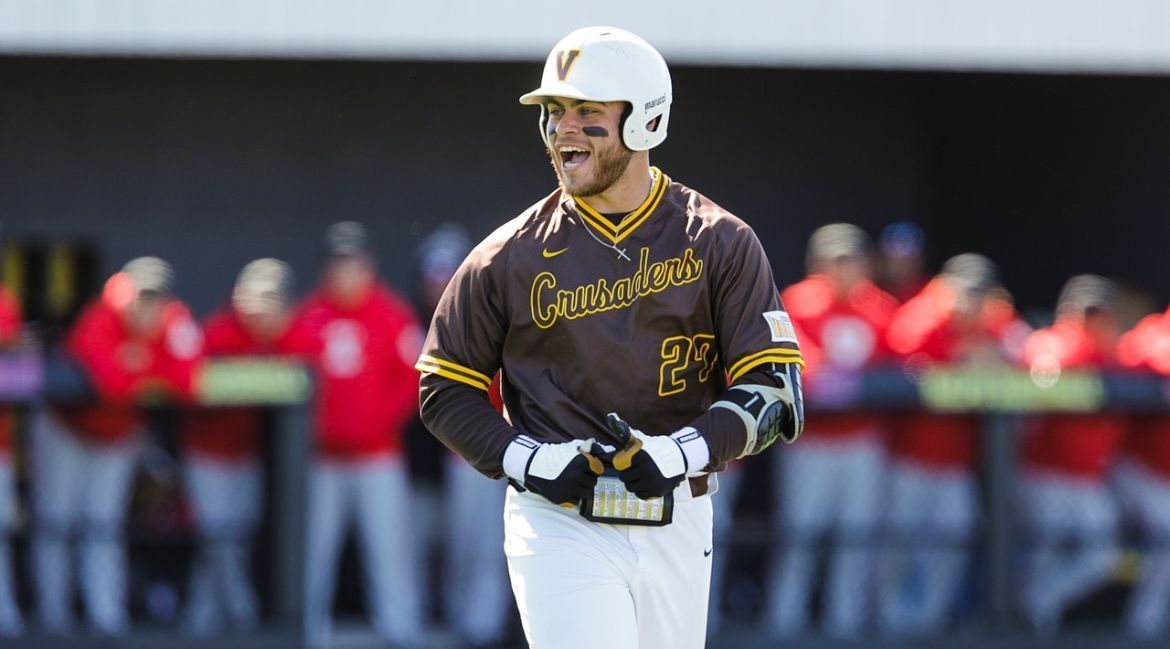 Kyle Schmack reached base three times and drove in a run with a hit by pitch on Friday.
Illinois State at Valparaiso | April 30, 2021

The Valparaiso University baseball team improved its home record to 4-1 on Friday afternoon by edging Illinois State 3-2 in a lightning-fast, 1-hour, 54-minute affair with the wind blowing in at Emory G. Bauer Field. Valpo starting pitcher Ryan Mintz (Lombard, Ill. / Willowbrook) twirled seven strong innings before turning the ball over to Easton Rhodehouse (Gilbert, Ariz. / Highland), who slammed the door with a two-inning save.

Valpo (9-22, 4-9) and Illinois State (17-23, 7-6) will continue the series with a doubleheader on Saturday at noon. The first game will be seven innings in length and the second will be a nine-inning journey. Valpo has announced that RHP Jon Tieman (Crystal Lake, Ill. / Prairie Ridge) is expected to start Game 1 of the double dip. There will be no radio or video coverage on Saturday, but links to live stats are posted on ValpoAthletics.com.