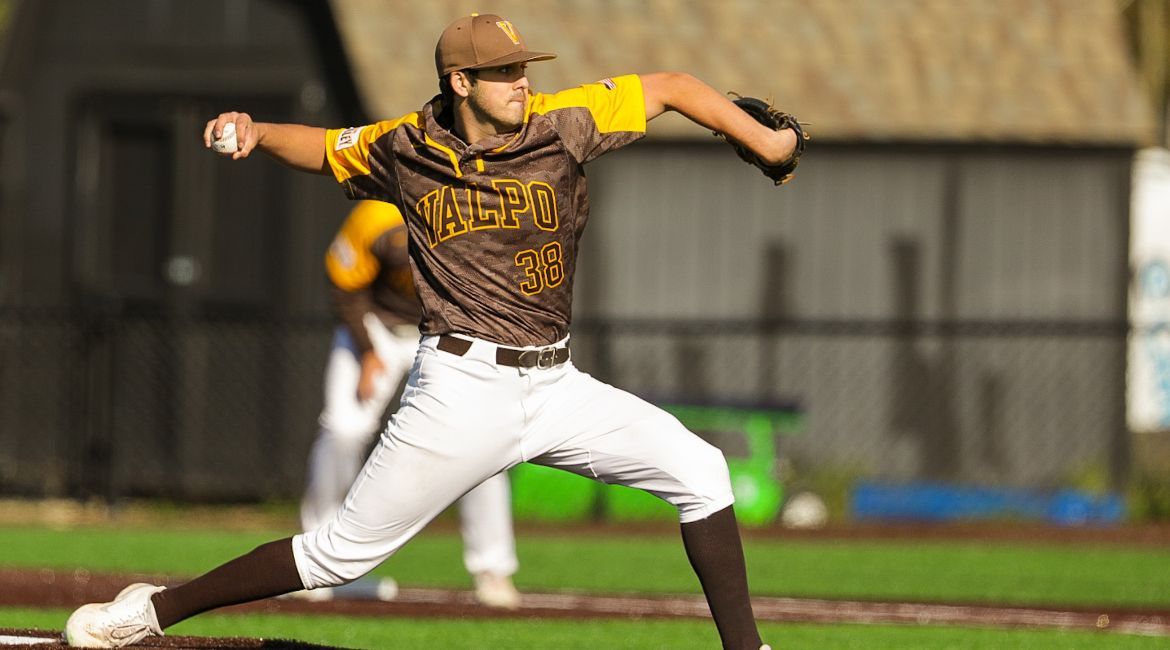 For the third time this season, the Valparaiso University baseball team held the lead against nationally-ranked Notre Dame as late as the sixth inning. On Tuesday, Valpo had the No. 8 Fighting Irish on the ropes by taking a 3-0 edge into the eighth, but Notre Dame rallied for a seven-run eighth inning and garnered a 7-4 victory.

Valpo has gone toe-to-toe in all three meetings with the Fighting Irish, who are ranked as high as fourth in the latest Baseball America poll and eighth by D1Baseball.com. Freshman Griffin McCluskey (Normal, Ill. / Normal Community) pitched like a senior on Tuesday, holding an elite offense to just one hit over six scoreless innings while walking one and striking out four. The rookie’s effort provided yet another reason for Valpo fans to be optimistic about the future of head coach Brian Schmack’s young team.

Valpo (13-26) will return to Missouri Valley Conference play on Friday by hosting Evansville at 3 p.m. to start a four-game series. Links to live coverage will be available on ValpoAthletics.com.