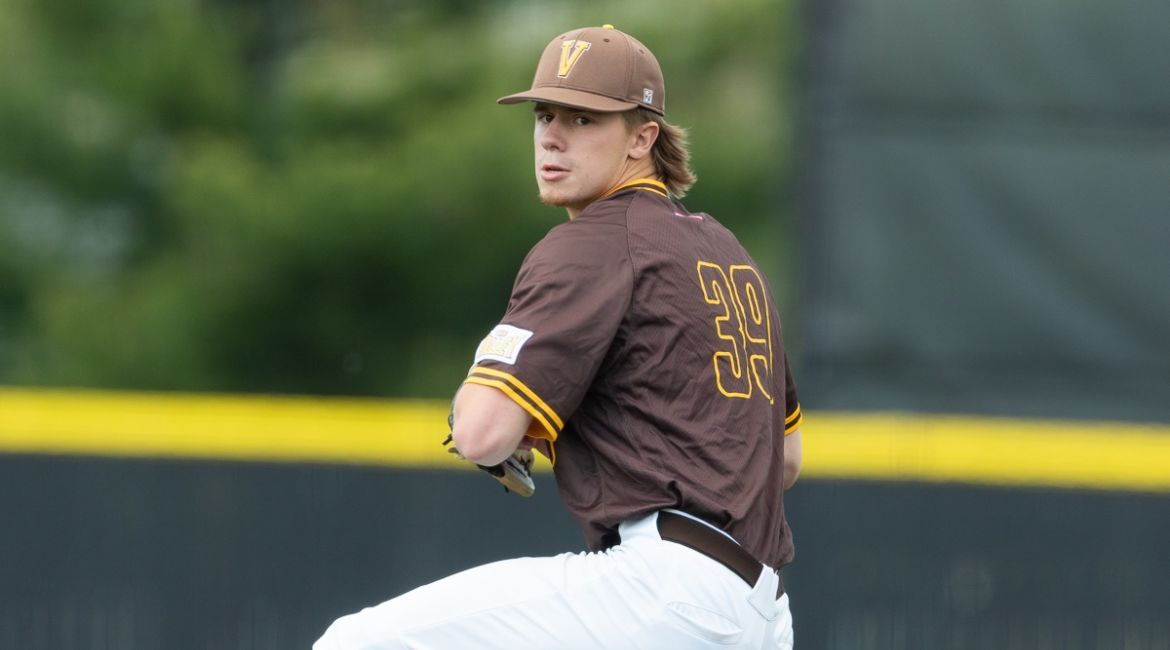 Ryan Mintz exited in position for the win on Friday.
Evansville at Valparaiso | May 14, 2021

A strong outing from starting pitcher Ryan Mintz (Lombard, Ill. / Willowbrook) and an early burst of offense put the Valparaiso University baseball team in good position in Friday’s series opener, but visiting Evansville stormed from behind for a 13-6 victory at Emory G. Bauer Field. Valpo posted crooked numbers in each of the first two innings and held a 5-0 lead in the early going, but the Purple Aces rallied late.

Valpo (13-27, 8-13) and Evansville (24-23, 7-13) will face off in a doubleheader as an important series in the MVC standings continues on Saturday. It’s Senior Day at Emory G. Bauer Field with an on-field ceremony slated to take place between games. The first contest will begin at high noon with links to live stats available on ValpoAthletics.com.