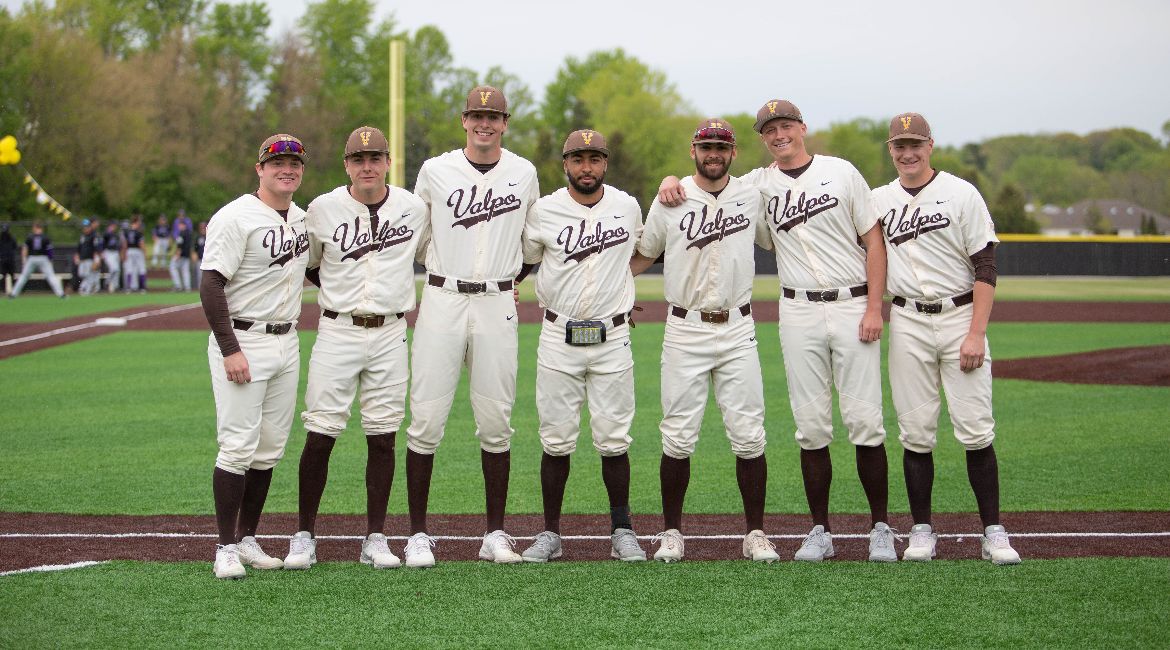 Seniors Easton Rhodehouse (Gilbert, Ariz. / Highland) and Jon Tieman (Crystal Lake, Ill. / Prairie Ridge) were a winning combination on the hill for the second straight weekend, pitching the Valparaiso University baseball team to a 5-1 Senior Day victory in Game 1 of a doubleheader on Saturday at Emory G. Bauer Field. Visiting Evansville bounced back to earn the split with a 12-9 triumph in Game 2.

Another senior was one of the offensive stars of the day as Jonathan Temple (Turlock, Calif. / Turlock [Modesto JC]) launched a home run in each game and three of his four hits went for extra bases. The seven-member senior class was recognized during an on-field ceremony between games of the double dip.