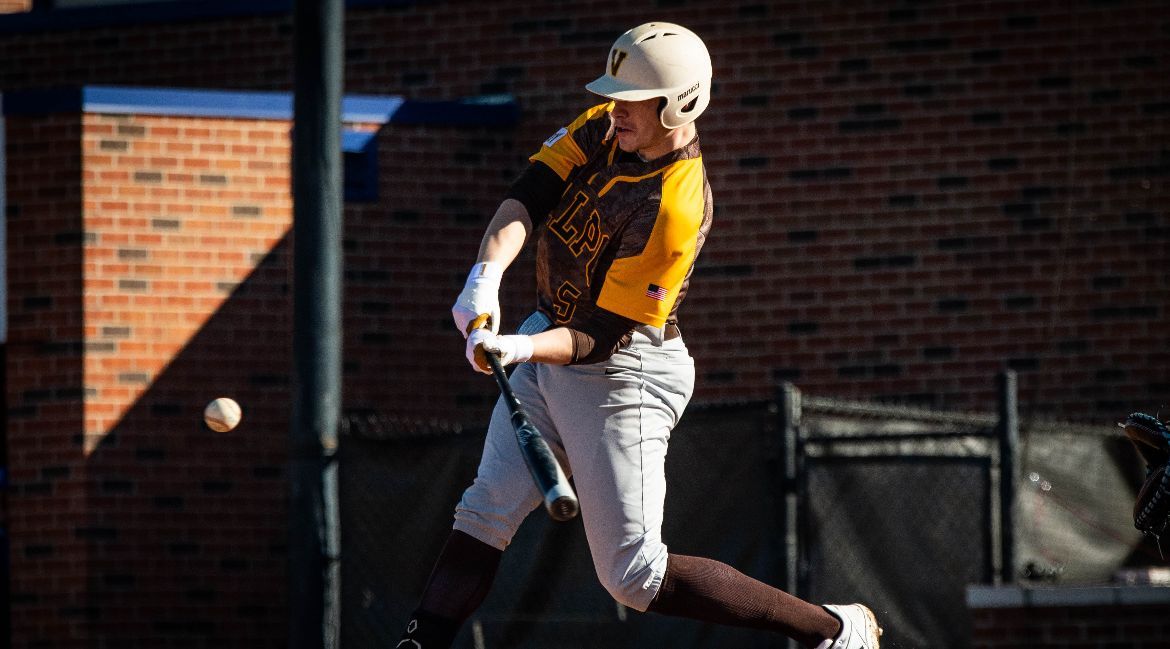 Next Up in Valpo Baseball: The Valparaiso University baseball team will look to continue its hot start to the season this weekend with a trip to Cape Girardeau, Mo. to take on Southeast Missouri. Continuing the team’s recent success will be no easy task as defending Ohio Valley Conference champion SEMO is off to a red-hot start that includes a series win over Missouri Valley Conference favorite DBU and a sweep of MVC member Bradley.

Last Time Out: Valpo enjoyed a series win at Omaha last weekend, taking two of three before the finale of what was slated to be a four-game set was canceled due to weather. The two teams split a doubleheader on Friday with Valpo prevailing 4-2 in the opener before dropping the nightcap 9-2. Kaleb Hannahs homered and doubled in Game 1, while Kyle Schmack doubled twice. In Saturday’s contest, Valpo earned a 7-5 win in a seesaw affair that at one point saw the lead change hands in five consecutive half innings. Adam Brauch delivered a clutch, two-run double in the top of the seventh that gave the Beacons the lead for good.

Following the Beacons: Links to live audio and stats courtesy of SEMO Athletics are available on ValpoAtheltics.com.

Head Coach Brian Schmack: Brian Schmack (157-238), the 17th head baseball coach in Valparaiso University history, is in his ninth season in charge of the program. Entering the 2022 campaign, he has served as the head coach for 387 games at Valpo, the fourth-most in program history with Tracy Woodson third at 397. This year, he moves into sole possession of third in program history for number of seasons coached with nine, surpassing Donald Warnke (1946-1953). Entering the season, Schmack’s win total of 152 ranks fourth in program history after he surpassed Rick Ferchen (1982-1987, 147) during the 2021 campaign. Also in 2021, Schmack joined Paul Twenge (1988-2006), Emory G. Bauer (1954-1981) and Tracy Woodson (2007-2013) as the only head coaches to reach the 150-win threshold. The former big-league pitcher led Valpo to 25 wins in his inaugural campaign in 2014, a school record for victories by a first-year skipper. Schmack, a member of the 2003 Detroit Tigers, served as pitching coach/associate head coach at Valpo for seven seasons prior to his promotion.

Series Notes: These two teams have hooked up eight times over the years, most recently in 2010. Valpo owns a 2-6 mark in the all-time set. The 2010 series saw Valpo drop all three, but two of the games were close with SEMO winning 5-3 and 8-7. Prior to that, the two teams played twice as part of a multi-team event in Panama City, Fla. in March 1984. Valpo is hoping to snap a four-game head-to-head skid and earn its first win over the Redhawks since March 8, 1984, a 2-1 victory.

Strong Start: The start of the season is never easy for Valpo, a cold-weather team that begins the calendar each year with a lengthy string of road games, mostly against warm-weather competition. This year, Valpo has withstood those early-season challenges to put together the program’s best record through eight games since 1999. That season, Valpo also started 5-3, but had the benefit of starting the season with five neutral-site games in Florida. This year, the Beacons have played exclusively true road games. Entering this weekend at SEMO, Valpo has won five of its last six games, a stretch that included the program’s first four-game winning streak since late in the 2019 season against Southern Illinois and Chicago State. This year’s four-game winning streak was the program’s longest that came in all true road games since March 2014 (two at Texas A&M CC, one at Chicago State, one at UIC).

Close Calls Continuing: Last season, Valpo competed in 15 one-run games, posting a 7-8 mark in such contests. The team had 10 affairs decided by the slimmest of margins in Missouri Valley Conference play alone. This year, the trend of close games has continued. Five of Valpo’s first eight games have been decided by two runs or fewer, with the Beacons holding a 4-1 mark in those outings.

Nailing It Down: In related news to the number of close games Valpo has played, closer Bobby Nowak has already racked up four saves this season. As of March 8, Nowak is one of 10 players in the nation with four or more saves. He’s tied for the fourth most nationally as just three players have five or more. Nowak has already surpassed the team’s highest save total from all of last season, which was three apiece by Easton Rhodehouse and Jon Tieman.

Strikeouts Upon Strikeouts: The Valpo pitching staff racked up 17 strikeouts in the March 5 game at Omaha, the program’s highest single-game total since April 12, 2011 vs. Chicago State. Colin Fields had 10 of the strikeouts in that contest, the fifth double-figure strikeout game of his collegiate career. The righty has fanned seven or more in all three of his starts this season. Entering this weekend’s series at SEMO, Fields is the Missouri Valley Conference leader in strikeouts with 25, one ahead of Indiana State’s Jack Parisi. Furthermore, Fields ranks 35th nationally with the 25 strikeouts. Fields is up to 175 career strikeouts, 25 away from becoming just the 12th pitcher in program history to reach 200.

A Hot Start for Hannahs: As of March 8, Kaleb Hannahs ranks second in the Missouri Valley Conference in batting average at .433 behind only Indiana State’s Josue Urdaneta (.435). The Valpo sophomore also ranks second in the league with a .500 on-base percentage, trailing only Missouri State’s Drake Baldwin (.510). He holds the outright league lead and ranks 52nd nationally in slugging percentage at .800.

In the Other Dugout: SEMO

Triple the Triples: In Game 1 of the Feb. 25 doubleheader at Alabama A&M, Valpo had three triples in a single game for the first time since May 21, 2016 vs. Youngstown State. Angel DiFederico was responsible for two of them, while Alex Ryan had the other. DiFederico entered the day with one triple in 41 career games, a total that he tripled in a single seven-inning contest. Furthermore, DiFederico became the first Valpo player with a multiple-triple game since Andy Burns on April 6, 2013 vs. UIC. In addition, he became just the fourth player nationally with a two-triple game this season.

Going the Distance: Trent Turzenski delivered a seven-inning complete game in Game 1 of Valpo’s road doubleheader sweep at Alabama A&M on Feb. 25, earning the win in a 9-2 triumph for the Beacons. Turzenski became the first Valpo hurler to toss a complete game since, well, himself on May 22 of last season, an eight-inning effort against Missouri State. He scattered just five hits and two walks while striking out seven and permitting only two earned runs in the game against the Bulldogs. He did not allow any runs over the final five frames. Opponents hit just .208 against Turzenski in the contest.