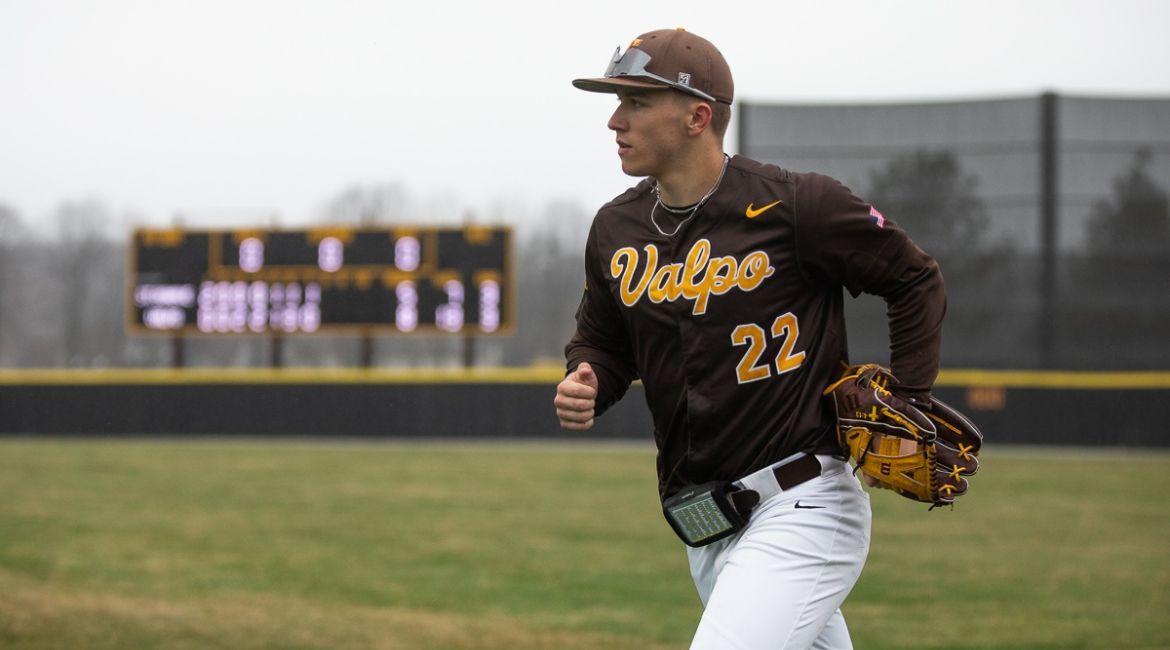 Next Up in Valpo Baseball: The Valparaiso University baseball team will look to extend its three-game winning streak on Tuesday as Purdue Fort Wayne comes to town for a midweek matchup. This will be the first of six straight games against Horizon League teams as Valpo has upcoming dates with UIC and Milwaukee. A victory on Tuesday would extend the winning streak to four, which would match the team’s longest of the season and represent the program’s second four-game winning streak this year. Furthermore, Valpo is hoping to get above the .500 threshold on Tuesday.

Last Time Out: Valpo experienced all four seasons during Friday’s doubleheader as the weather ranged from rain to sunshine to sleet to rainbows, but at the end of the day the Beacons defeated both Mother Nature and St. Bonaventure by sweeping the twinbill 8-5 and 10-0. The three-game series was shortened when Saturday’s series finale was canceled due to snow and cold temperatures. Valpo pitchers racked up 34 strikeouts over the course of the doubleheader with starters Trent Turzenski and Colin Fields fanning 12 and 10, respectively.

Following the Beacons: Tuesday’s game will air on ESPN+, the first ever ESPN+ game originating from Emory G. Bauer Field after the first ever ESPN3 broadcasts from the facility took place this past weekend vs. St. Bonaventure. Todd Ickow (play-by-play) and Sam Michel (analyst) handle on-air responsibilities for Tuesday’s showdown. Links to live video and stats are available on ValpoAthletics.com.

Head Coach Brian Schmack: Brian Schmack (161-244), the 17th head baseball coach in Valparaiso University history, is in his ninth season in charge of the program. This year, he moves into sole possession of third in program history for number of seasons coached with nine, surpassing Donald Warnke (1946-1953). Entering the season, Schmack’s win total ranks fourth in program history after he surpassed Rick Ferchen (1982-1987, 147) during the 2021 campaign. Also in 2021, Schmack joined Paul Twenge (1988-2006), Emory G. Bauer (1954-1981) and Tracy Woodson (2007-2013) as the only head coaches to reach the 150-win threshold. The former big-league pitcher led Valpo to 25 wins in his inaugural campaign in 2014, a school record for victories by a first-year skipper. Schmack, a member of the 2003 Detroit Tigers, served as pitching coach/associate head coach at Valpo for seven seasons prior to his promotion.

Series Notes: Valpo and Purdue Fort Wayne (previously known as IPFW, among other names) have faced off 37 times, but this will be the first matchup between the two instate foes since 2012. Valpo earned an 11-8 victory in April 2012 in Fort Wayne. The Beacons hold a three-game head-to-head winning streak against the Mastodons. This will be the program’s first visit to Valpo since April 20, 2010.

Fields Fans No. 200: Colin Fields achieved a significant milestone when he recorded his 200th career strikeout on March 25 vs. St. Bonaventure. Fields became just the 12th player in program history to reach that milestone. He needs 10 more strikeouts to crack the program’s all-time top 10. For the season, Fields leads the Missouri Valley Conference with 52 strikeouts.

More From the Whiff Wire: Prior to this season, Valpo pitchers had not struck out 17 or more batters in a single game since 2011. This year alone, that feat has been achieved three times – March 5 at Omaha and both games of a March 25 doubleheader vs. St. Bonaventure. In Game 1 of that double dip, starter Trent Turzenski became the first Valpo hurler to rack up a dozen strikeouts in a game since Jon Tieman on April 19, 2019 at SIUE. Prior to that, no Valpo pitcher had struck out 12 since Jon Gulbransen in 2011. In the nightcap, Fields fanned 10, matching a season high. He has struck out seven or more in each of his six starts this season. In his career, Fields has reached double-figure strikeouts on six occasions.

Opening the Home Slate: Valpo started the home portion of the season by securing a doubleheader sweep over St. Bonaventure. The Beacons improved to 4-4 in home openers during the Brian Schmack Era.

In the Other Dugout: Purdue Fort Wayne

Sophomore Jump: Alex Thurston is off to a stellar start to his sophomore season. Thurston’s year has featured a sophomore jump rather than a sophomore slump as he has boosted a .158 batting average from last season to .359 in 2022, second on the team. Thurston is reaching base at a .438 clip after he finished his freshman season with a .284 OBP. March 15 at No. 6 Notre Dame, he became the first Valpo player with a double-figure hitting streak this season after two did so a year ago (Kyle Schmack and Kaleb Hannahs). That 10-game hitting streak came to an end on March 18 at Murray State, but he still has a hit in 15 of his last 16 games entering Tuesday vs. Purdue Fort Wayne.