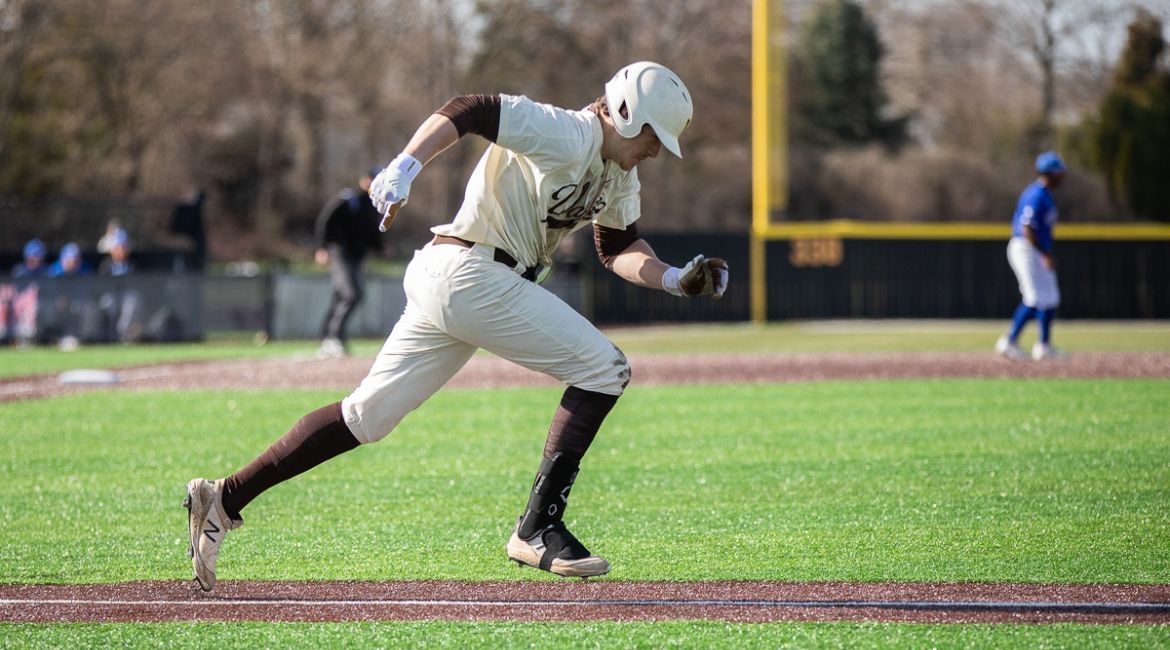 
Next Up in Valpo Baseball: The Valparaiso University baseball team will make its way to Normal, Ill. for an Easter Weekend series with Illinois State. Both teams will seek their first Missouri Valley Conference series win of the season as both clubs fell to Indiana State in their only league series to this point. The Beacons will hope to continue the success they enjoyed against the Redbirds last season.

Last Time Out: After dropping all three games in a home series against Indiana State including a pair of contests decided by three runs or fewer, the Beacons were on the wrong side of another close score with Tuesday’s 7-5 loss at Eastern Illinois in Rantoul, Ill. Valpo rallied for four in the ninth, but stranded the potential tying run at second against the Panthers. The Beacons had a tall task over the opening weekend of conference play, hosting an Indiana State team that earned an at-large NCAA Regional berth last season. Indiana State won a 2-0 pitchers’ duel in the series opener and eventually rallied from a large deficit to secure the sweep in the series finale.

Following the Beacons: All three games this weekend will air on ESPN3. Links to live video and stats are available on ValpoAthletics.com. For in-game updates, follow @ValpoBaseball on Twitter.

Head Coach Brian Schmack: Brian Schmack (163-252), the 17th head baseball coach in Valparaiso University history, is in his ninth season in charge of the program. This year, he moves into sole possession of third in program history for number of seasons coached with nine, surpassing Donald Warnke (1946-1953). Entering the season, Schmack’s win total ranks fourth in program history after he surpassed Rick Ferchen (1982-1987, 147) during the 2021 campaign. Also in 2021, Schmack joined Paul Twenge (1988-2006), Emory G. Bauer (1954-1981) and Tracy Woodson (2007-2013) as the only head coaches to reach the 150-win threshold. The former big-league pitcher led Valpo to 25 wins in his inaugural campaign in 2014, a school record for victories by a first-year skipper. Schmack, a member of the 2003 Detroit Tigers, served as pitching coach/associate head coach at Valpo for seven seasons prior to his promotion.

Series Notes: Valpo holds a 13-24-1 record in an all-time series that dates back to 1969. The Beacons won four of the five matchups a year ago including three one-run victories. That included a 6-5 win on May 27, 2021 at the Missouri Valley Conference Tournament in Carbondale that brought Illinois State’s season to an end. Valpo trailed 4-1 in the sixth and 5-4 through seven, but Matt Olive delivered a solo homer in the top of the ninth that snapped a 5-5 tie. Valpo also had 3-2, 17-13 and 7-6 wins as part of a memorable four-game series with the Redbirds at Emory G. Bauer Field. Valpo possesses a 6-5 record against Illinois State since joining The Valley.

Fields Continues to Climb: After becoming the 12th player in program history to reach 200 career strikeouts on March 25 at St. Bonaventure, Valpo starting pitcher Colin Fields unlocked another achievement on April 1 at UIC, cracking the program’s career top 10. He did so in resounding fashion, fanning a career-high 13 to usurp Chuck Donley (212, 1991-1995) for 10th in program history. Furthermore, the 13 strikeouts marked the most by a Valpo pitcher in a single game since April 12, 2011, when Jon Gulbransen reached that same number in a game against Chicago State. Fields turned in another gem to start MVC play on April 9 vs. Indiana State, logging six scoreless innings of five-hit ball while striking out eight. He has fanned seven or more in all eight starts this season. That outing helped him jump two more places, moving into eighth on the program’s career strikeout list with 223, a number that ranks 20th nationally among active players.

A Look at the Leaderboards: Several Valpo players rank among the national and conference leaders in a variety of statistical categories. With a strong ratio of 44 strikeouts against just five walks in 31 innings, left-handed pitcher Jake Miller leads the Missouri Valley Conference and ranks 12th nationally in strikeout-to-walk ratio at 8.80. Fields leads the nation in strikeouts per nine innings at 15.77, while ranking ninth nationally in total strikeouts with 73. Fields also ranks second in the MVC in opponents’ batting average at .196 and third in ERA at 2.59. Bobby Nowak is second in the MVC with six saves. As a team, Valpo is in the top 40 nationally in both strikeout-to-walk ratio and strikeouts per nine innings, leading the MVC in both areas.