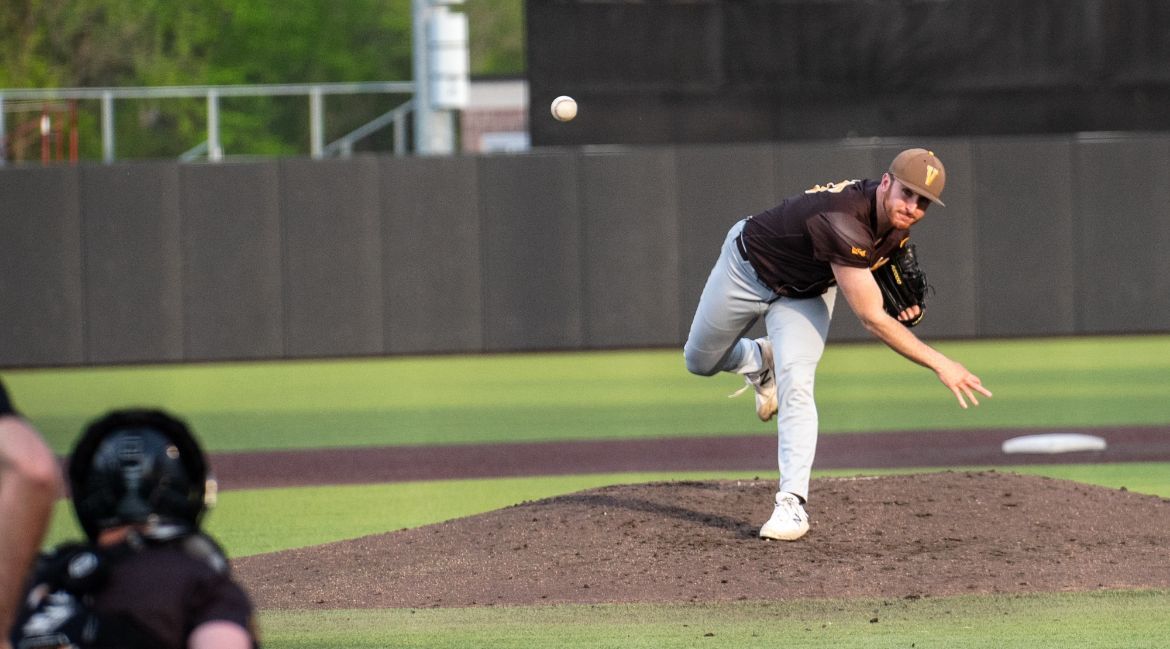 Colin Fields struck out nine in a tough-luck loss on Friday.
Valparaiso at Southern Illinois | April 29, 2022

The Valparaiso University baseball team had traffic on the bases throughout the evening, but the visiting Beacons stranded 13 in a 4-0 loss to host Southern Illinois on Friday night at Itchy Jones Stadium in Carbondale, Ill. Valpo received another quality start from Colin Fields (Libertyville, Ill. / Libertyville), who took a tough-luck defeat as he was touched for two runs in his sixth and final frame. Valpo outhit SIU 11-8, but the guests were on the wrong end of the column that counts. Alex Thurston (Fowler, Ind. / Benton Central) enjoyed Valpo’s first five-hit game since 2018.

Valpo (13-24, 2-8 MVC) will continue the three-game series with a noon start on Saturday. Note that the start time has been changed to noon due to the weather forecast. The game will be broadcast on ESPN3. Links to live video and stats are available on ValpoAthletics.com.