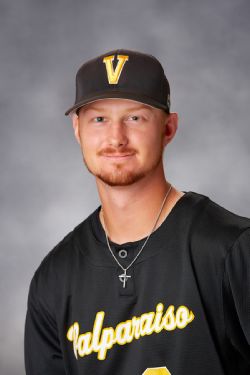 2015: Appeared in five games for the Crusaders in his sophomore season, primarily as a pinch-hitter.

2014: Appeared in twelve games in his freshman campaign with the Brown and Gold...ripped three hits, scored a run, and walked four times in 16 at-bats...enjoyed a 2-for-2 afternoon at McNeese State on March 1st...walked twice and swiped a bag versus Northern Illinois (Apr. 2)...came through with a single in a pinch-hit appearance at Youngstown State (May 17).

Personal: JP is the son of Daniel and Judy Paciocco...majoring in engineering...born May 16, 1995.