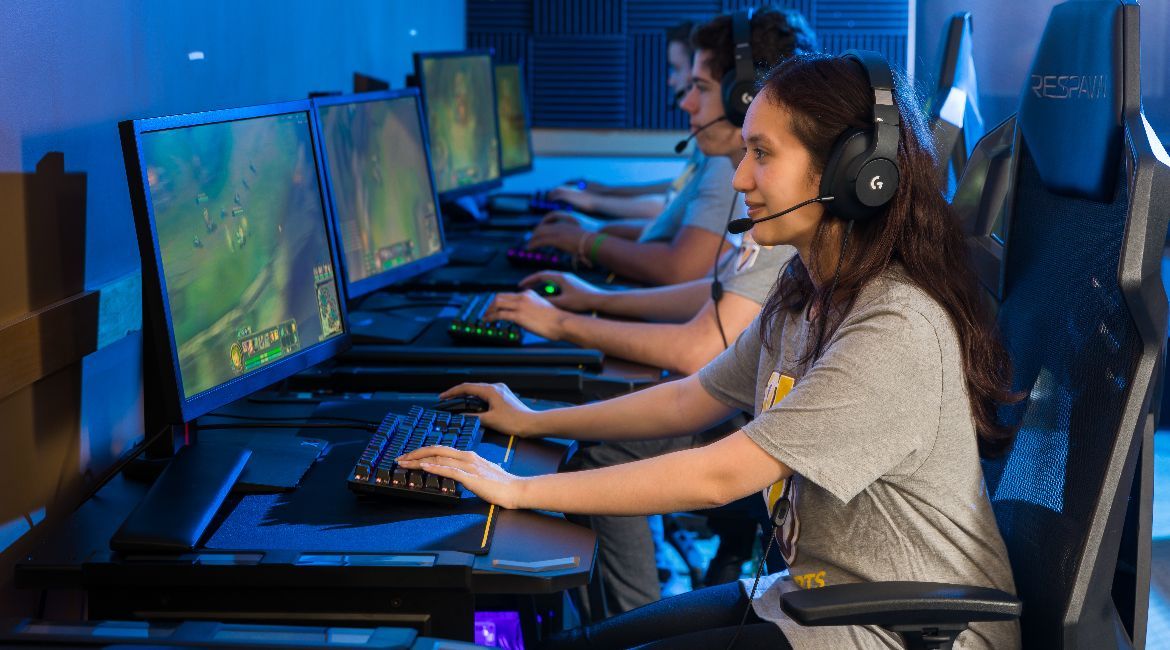 Shannon Hollinrake is the coach for the Valpo Super Smash Bros. team. (File photo from 2019-20)

The Valparaiso University esports Super Smash Bros. team concluded its season on Nov. 6. The group finished the regular season with a 4-1 record. The semester was highlighted by several significant wins that helped Valpo finish as one of the top 32 teams in the National Association of Collegiate Esports (NACE).

The season’s pinnacle was a win against the West Virginia University Institute of Technology (WVUT) Golden Bears. All participants and viewers during the match were at the edge of their seats and holding their collective breath because it was such a close contest.

“We all jumped and cheered as soon as we got the final stock off them in our third set,” coach Shannon Hollinrake ‘22 said. “It gets me giddy just remembering it. Having been in a few physical solo tourneys myself, that adrenaline rush is definitely the best feeling to have while in bracket.”

The team aims to stay consistent in terms of practice and continue working on techniques as well as fundamentals that can help the competitors play better and achieve improved results. Certain players are aspiring higher goals for next season through the experience they have gained at Valpo.

“When it comes to improving, I aim to work on how I contribute to the team directly as well as how I perform inside and outside of esports practice,” Samson Canchola ‘22 said. “One of my top priorities when it comes to practicing as an individual and as a team player is maintaining a respectable attitude and a willingness to learn something new every time I play. I make sure to take notes and work on Smash Bros. each and every day. That helps me keep improving consistently.”

Super Smash Bros. is more than just a game to these players. It has given them the chance to be a part of a team that has allowed them to think about ways to work together and have fun with a game that millions of people enjoy. Participating in a competitive league also allows them to test their skills and abilities.

“It’s great to be able to represent a group or organization in some way, and I was thrilled when I was chosen as a member of the Valpo esports Smash Bros. team and to play for the first season of the league,” Dante Canchola ‘22 said. “I knew that I would be playing Smash Bros. for a while, but I never thought it would be possible for me to take it to a higher level of gaming. Playing competitive Smash Bros. here at Valpo has helped me express myself in a way that I’m not able to outside of gaming.”