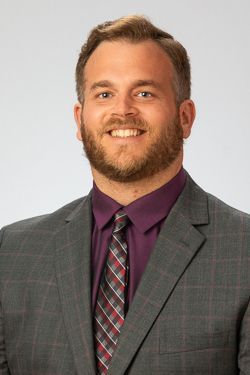 Brad Bustle has joined the Valpo staff for the 2020 season after serving as the co-offensive coordinator and offensive line coach at Holmes Community College, a post he had held since 2018. He previously occupied the role of co-offensive coordinator at Cumberland University in 2017. He has twice tutored offenses that have finished in the top 25 in the country in scoring, three times guided his team to the top six in the nation in rushing, three times coached an offensive line that was in the top 10 in the country in fewest sacks allowed and twice instructed an offense that finished in the top seven nationally in yards per completion.