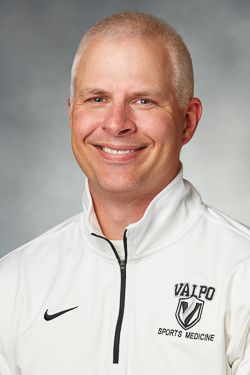 He is directly responsible for injury treatment, prevention, and rehabilitation for the Valpo football, golf and tennis programs.

Twedt came to Valpo after working for three years at the Great River Health Systems Center for Rehabilitation in Burlington, Iowa.   He also has experience at Florida A&M, Wake Forest, and South Dakota State.

Twedt received his bachelor’s degree from the University of Iowa in exercise science in 1996 and his master’s degree in sports administration from South Dakota State in 1999. He is an active member of the National Athletic Trainers’ Association and the College Athletic Trainers’ Society.