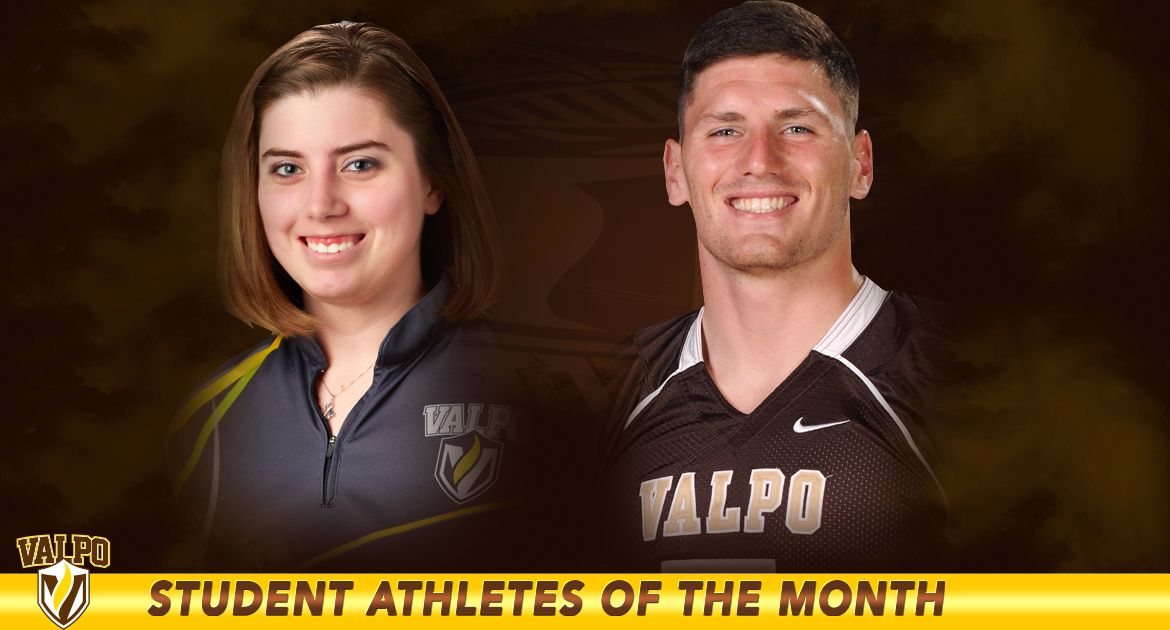 Green led the Crusaders defensively in the final month of the season as Valpo posted a pair of PFL wins over Butler and Davidson and nearly took down league champion San Diego.  The linebacker tallied a team-high 39 tackles over the four games in November, leading the team three times.  He registered 12 takedowns at San Diego and recorded 11 tackles in the season finale against Davidson.  In the home win over Butler, Green posted eight tackles, forced a fumble and intercepted a pass which led to the Crusaders’ first touchdown.

Decker paced the Valpo bowling team over its first month of competition in November.  The fifth-year senior competed in all 28 traditional matches, posting a team-high average of 198.0 for the month.  Decker broke the 200 barrier in 14 of those 28 matches, including a stretch of six consecutive matches at the FDU NJ Jamboree, highlighted by her season-high game of 244 in a win over St. Francis (Pa.).  Decker led the Crusaders in ten matches as well.