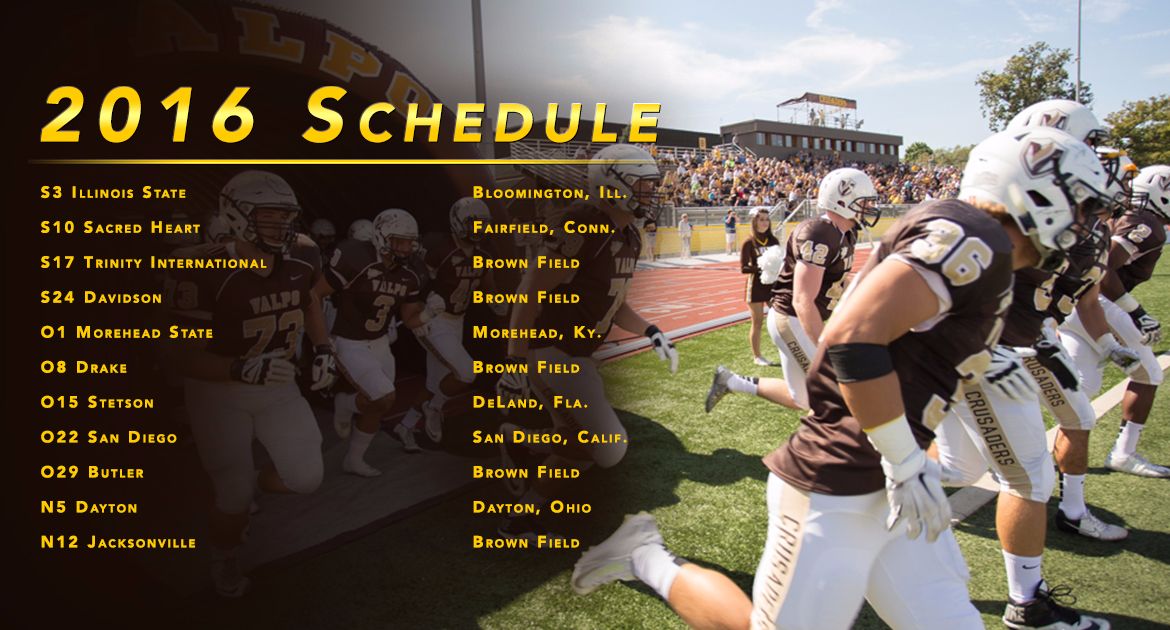 The Crusaders will open the season Saturday, September 3rd at Illinois State. The Redbirds, who rattled off a 10-3 record in 2015, ended the season ranked fifth in all of FCS football. Illinois State graduates its top two offensive playmakers in former Indiana Hoosier quarterback Tre Roberson and running back Marshaun Coprich. Coprich racked up 1,967 rushing yards and 23 touchdowns last fall while Roberson threw for 18 TDs and dashed for 11 more.

Illinois State beat four ranked teams in 2015, including No. 6 Northern Iowa and then-No. 7 Youngstown State. The Redbirds' three losses came to Big Ten foe Iowa, No. 11 South Dakota State, and No. 7 Richmond in the third round of the playoffs. Illinois State sold out three games at the 13,391-seat Hancock Stadium last season.

"We really enjoy the chance to play the best that Division I FCS has to offer. The game against Illinois State will be an outstanding opportunity to open the season," Cecchini said.

The Sacred Heart Pioneers await the Crusaders on Saturday, Sept. 10th in Fairfield, Connecticut. Sacred Heart closed the 2015 campaign with a 6-5 record. One of those victories came over the Brown and Gold in the 2015 home opener. The 2016 tilt will represent just the second-ever meeting between the two schools.

Pioneer Football League play will open on September 24th when Davidson comes to town. The Crusaders defeated the Wildcats, 42-35, in North Carolina last October. The Brown and Gold will trek to Kentucky the following weekend to face Morehead State on October 1st. Valpo returns home to host Drake on Oct. 8th before heading to warmer weather for two straight Saturdays. Stetson will greet the Crusaders on Oct. 15th while San Diego entertains Valpo at Torero Stadium on the 22nd.

The battle for the Hoosier Helmet will transpire on October 29th when the Brown and Gold host Butler. Valpo's final road game of the season will be at Dayton on Nov. 5th before closing out the regular season versus Jacksonville the next weekend.

"The level of competition within the PFL seems to get better with each passing year and we look forward to continuing our progress towards building a championship-caliber team," Cecchini concluded.