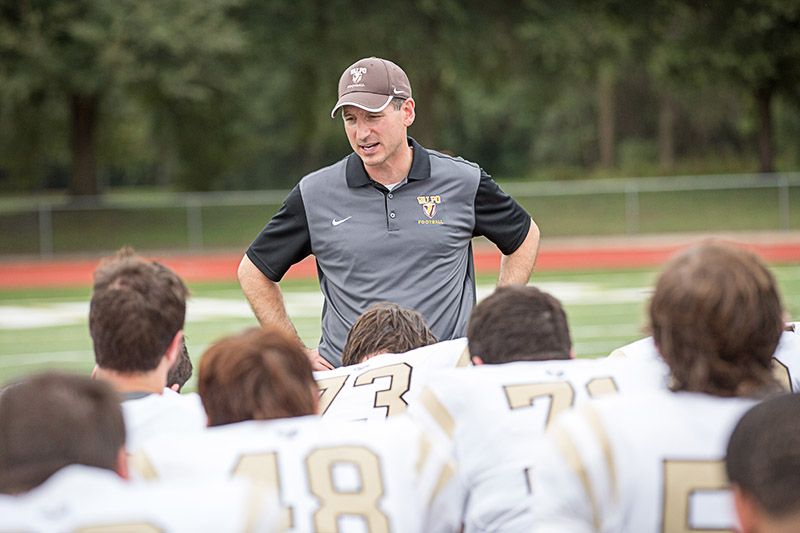 "I'm very excited to welcome these young men to Valparaiso. It's a great group that will be able to address some immediate needs. With that said, we're still not finished with the process. We're still looking to add 12 to 15 more in the coming weeks," Cecchini said.

All 27 incoming Crusaders will be freshmen in the fall. The class is represented evenly on both sides of the ball with 14 offensive players and 13 defensive players.

The defensive portion of the recruiting class is comprised of four defensive linemen, three defensive backs, three linebackers, and three at the snake position.

"This is a reflection on how far we've come as a program. When we arrived here a few years ago, we were told by a number of people that we would not be able to retain local kids. We're pleased that these two commits decided to stay close to home, get a great education, and play Division I football," Cecchini remarked.

The members of the Class of 2020 come from eight different states, led by seven recruits from Illinois, five from Ohio, four from both Michigan and Indiana, three from Florida, two from Texas, one from Missouri, and another from Wisconsin.

"I want to thank my coaching staff for their efforts. We have a hard-working group of guys that brought in a great crop. Seven of our signees are from Illinois. Chicago has become an area of emphasis for us with respect to recruiting," Cecchini concluded.

The 2016 season will kick off Saturday, Sept. 3rd in Bloomington, Illinois, when the Illinois State Redbirds host the Crusaders at Hancock Stadium.